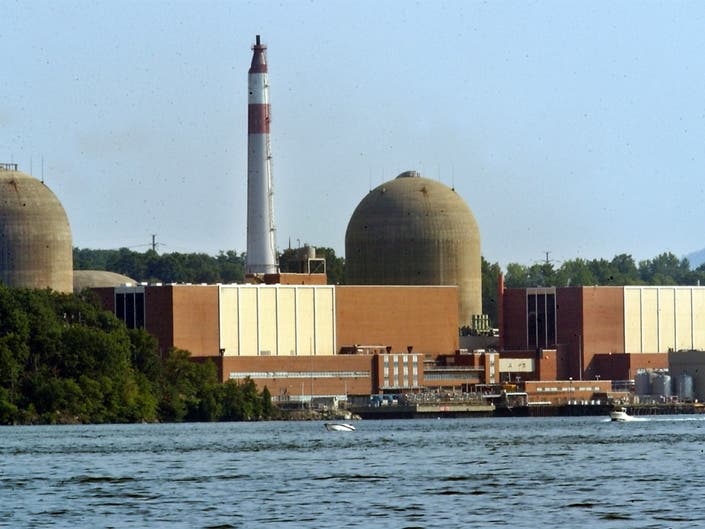 They are concerned about the clean-up plans for the Indian Point nuclear power plant, which is across the Hudson River from Rockland County.

NEW CITY, NY — Nine members of the Rockland County Board of Legislators have written to the Nuclear Regulatory Commission objecting to Entergy’s application to transfer its license for the Indian Point nuclear plant to Holtec, a decommissioning company. Indian Point is scheduled to be completely shut down by 2021.

The lawmakers told the NRC they were concerned about Holtec’ lack of experience. They also expressed concern that the available funding is not adequate to insure completion of the job. They joined other local and state elected officials in requesting the NRC hold a public hearing before deciding.

The letter strongly urges the NRC to reject the sale of the plant by its current owner,Entergy Nuclear Northeast, to Holtec International, the New Jersey-based company that says it can decommission the plant and restore the site in 12 to 15 years. Holtec officials visited the community around Indian Point in January to discuss their plans.

“We did not wage a grassroots war against this dangerous plant to skimp on the details of its proper closure,” she said.

Indian Point Energy Center is a three-unit nuclear power plant station on the Hudson River in Westchester County. The Protective Action Areas for the center, including potential evacuation zones, includes about half of Rockland County.

Opposition to the continued operation of the reactors swelled over time. In 2017, its current owner reached agreements with New York State and the Riverkeeper environmental organization to end lawsuits and shut down: Unit 2 by April of 2020 and Unit 3 by April 2021.

“It has taken more than 40 years of effort by dedicated watchdogs – from public officials to everyday citizens – to get this dangerous facility shut down and we are not going to back off the final phase of the effort, which is a proper decommissioning and site restoration,” Wolfe said.

There is now $2.1 billion in the trust fund that the plant’s builders (Consolidated Edison and the New York Power Authority) were required by federal law to create and that Entergy had to augment for future decommissioning purposes. It is partially financed by ratepayers through their electric bills.

Holtec has estimated the cleanup will cost $2.3 billion. Company officials said interest will accrue during the decommissioning process.

“A nuclear power plant’s by-products present very serious clean-up challenges,” Cornell said. “We need to exercise extreme care in developing a proper decommissioning plan, as well as a rehabilitation plan for the future use of the site.”

“Indian Point is in one of the most densely populated metropolitan areas in the countryand our constituents deserve full transparency and a commitment to safety first,” the legislators wrote in their letter to the NRC.

“We strongly urge the Nuclear Regulatory Commission to reject Entergy’s proposed sale to Holtec International,” the lawmakers wrote. “The handling of a project of this magnitude should be awarded to a reputable and experienced company that will safeguard the concerns of our residents and the environment.”

They want the public in Rockland County to have access to the plans for handling the spent radioactive fuel, site clean-up and the future use of the location, stating that, “It’s imperative that the residents on both sides of the Hudson River, in Westchester and Rockland Counties, are involved in the discussion.”

The most recent meeting of the Indian Point Closure Task Force, formed in 2017, was Jan. 30 in Cortlandt.

There is also a public comment period about the sale to Holtec. It has been extended to March 25. Anyone may submit comments to the NRC by any of the following methods: