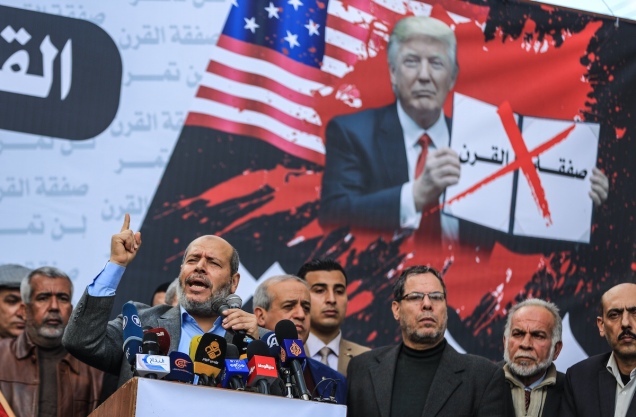 The Palestinian Resistance Movement Hamas along with all the other Palestinian factions “are united” against planned Israeli annexation of large parts of the occupied Palestinian West Bank, Hamas spokesman Hazim Qasim said yesterday.

Qasim said that 1 July would be a “day of real rage” to counter the Israeli annexation plan and the US ‘deal of the century’.

He stressed that “Gaza will be part” of any confrontation on the ground, reiterating that resistance “is the best way to fight the Israeli annexation and undermine attempts to partition the country.”

Qasim called for unity among all the Palestinians “not only in the Gaza Strip but also in other parts of the country”, in reference to the occupied West Bank, large areas of which are due to be annexed by Israel.

“The Palestinian Authority’s leadership must take the lead and invite the PLO’s leading bodies in order to get a united stance to face the annexation plan,” Qasim said.

“Unfortunately, we have not heard any positive response from the PA to the Palestinian unity proposals declared by the different Palestinian factions,” Qasim added.