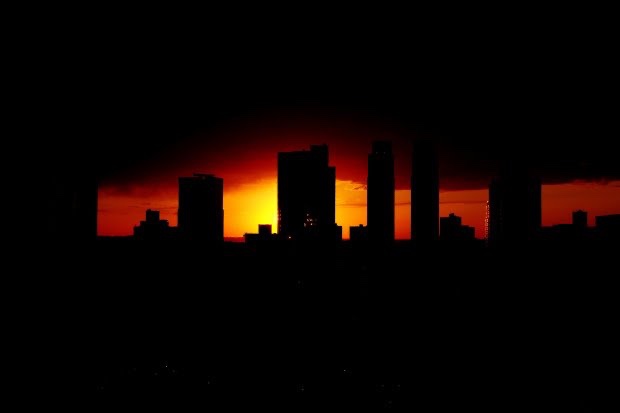 CHINA has allegedly stolen US technology to develop space based weapons that can neutralize aircraft carrier groups and kill 90 percent of Americans on US soil.

The extraordinary claims are made in a report warning Beijing has secretly developed a network of satellites, missiles and electromagnetic pulse (EMP) weapons that could imminently unleash a “Pearl Harbor” style attack.

The report by the EMP Task Force on Homeland and National Security, a coalition of industry, security and government officials, lays bare a doomsday scenario of a preemptive attack.

EMPs use low-yield nuclear weapons detonated in the atmosphere to create a wave of energy that fries electronic equipment and may knock out the power grid.

A cyber attack would then be used to cripple the internet.

With no power, the nation would be plunged into chaos which could lead to rioting and famine.

The task force claims an EMP would result in a meltdown in the economy and society which could kill between 70 and 90 percent — or 295million people.

Its report was published as relations between the two powers collapse amid the coronavirus pandemic, which President Donald Trump continues to blame on China.

It reads: “Some people might think that things similar to the ‘Pearl Harbor Incident’ are unlikely to take place during the information age.

“In their own words, a highly computerized open society like the United States is extremely vulnerable to electronic attacks from all sides.

“This is because the US economy, from banks to telephone systems and from power plants to iron and steel works, relies entirely on computer networks.

It also highlighted how in 2020, a panel of China’s military experts threatened to punish the US Navy for challenging China’s illegal annexation of the South China Sea by making an EMP attack.

They allegedly considered it one of the options least provocative “because the crew would be unharmed, but most effective, because the ship would be disabled”.

The report also states that Taiwan military intelligence in open sources credits China with having a Super-EMP nuclear weapon which is based on design information stolen from the US nuclear weapon labs.

The island nation, which China claims as its own, fears an EMP attack scenario would be the first, paralyzing strike of a war, paving the way for the other troops to attack them.

The War Escalates Outside the Temple Walls: Revelation 11

The Irony and Sickness of Khamenei’s Ignorance

Another Wind of God’s Wrath: Jeremiah 23

The wind of God’s wrath leaves over 2.1 million customers without power and at least 6 dead