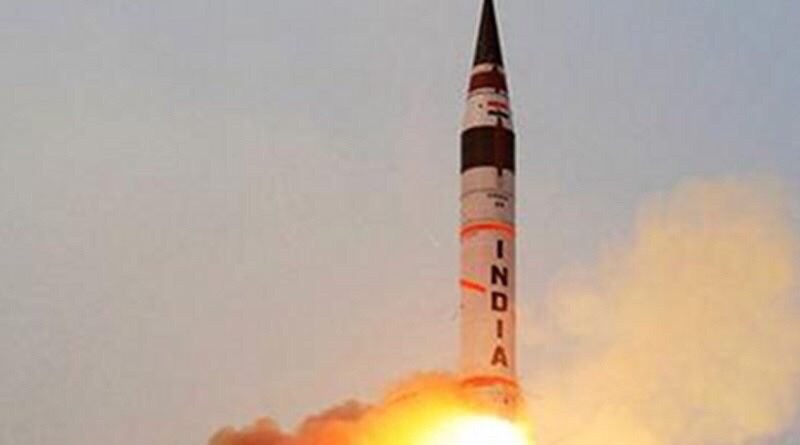 The debate around the existence of nuclear deterrence equilibrium and its relevance vis-à-vis strategic stability in the South Asian region has been a dominant regional and global concern over the last few years.  Several factors, such as conventional asymmetry, burgeoning arms race, and India’s gradual shift in its nuclear doctrine, all have collectively created a dangerous atmosphere of instability throughout the region.

Pakistan has faced significant challenges in recent years as a result of Indian conventional and unconventional military preparedness and its preemptive war strategies. Specifically, this has been characterized in the absence of a non-proliferation regime and crisis stability mechanism in South Asia.

Moreover, India’s military modernization drive and provocative strategies have served as the destabilizing factors that adversely affect the contemporary dynamics of credible nuclear deterrence in South Asia. These factors have contributed to the creation of an action-reaction spiral between India and Pakistan. All this would likely have long-lasting implications for regional security, stability, and strategic equilibrium.

In addition to its conventional force posture enhancement, India’s military modernization is also aspired to maintain a provocative and offensive counterforce posture at the unconventional level. In this regard, it would be quite significant to consider the recent technological advancements carried out by India at the unconventional level aimed at enhancing the preemption capabilities. Capabilities such as the development of supersonic and hypersonic missiles, acquisition of missile defence systems with enhanced range, nuclear submarines to ensure second-strike capability, and to achieve presence in space for intelligence, reconnaissance, and surveillance (ISR) purpose.

Furthermore, the anti-satellite (ASAT) weapon test, which India conducted in March 2019, is also evidence of enhancing such capabilities. With these advancements, it seems that India is deliberately trying to undermine the nuclear deterrence framework in the region.

The notion of splendid first strike based on preemption, under the nuclear scenario, is proclaimed as a ‘new normal’ by Indian strategic circles. Evidence comes from how India’s political and military leadership has recurrently threatened Pakistan with such preemptive strikes rhetoric on different occasions. Coming to the doctrinal level, India’s much-hyped Cold Start Doctrine (CSD) of 2004 and the recent Joint Doctrine of the Indian Armed Forces (JDIAF) released in 2017 and the Land Warfare Doctrine (LWD) released in 2018 provide documented evidence of India’s provocative war strategies and notions of preemption against Pakistan.

India also believes that such provocations would likely remain below Pakistan’s nuclear threshold. These doctrinal notions are immensely important to be considered when the situation in the disputed territory of the Kashmir is to be analyzed. In this regard, the Pulwama-Balakot crisis and the resultant military escalation between Indian Pakistan in February 2019 have already highlighted the complexity of the situation.

The current state of strategic stability in South Asia, which is primarily based on nuclear deterrence equilibrium, faces considerable challenges arising from India’s offensive proactive strategies. In such circumstances, Pakistan would likely continue to face a major threat coming from its eastern border. An equation of conventional asymmetry in South Asia has encouraged India to embark upon a limited conventional war against Pakistan.

This equation, as per Indian estimates would not challenge the threshold of Pakistan’s nuclear capability. Consequently, Pakistan has continued to rely on nuclear weapons to overcome this asymmetry in case of any limited war or breach of its sovereignty. In this regard, Pakistan’s nuclear deterrence has effectively been able to cover various spectrums of threats. The doctrinal evolution witnessed ‘full spectrum deterrence’ FSD in line with the ‘credible minimum deterrence’. This deterrence approach is aimed at deterring India from all types of conventional or unconventional aggression against Pakistan.

Pakistan, being a relatively smaller state with limited resources and conventionally at a disadvantageous position considers its nuclear capability as an economically viable option to deter India. Pakistan’s nuclear capability has no doubt created stable deterrence equilibrium in the region to serve the purpose of desired strategic stability. Moreover, based on India centric threat perception, Pakistan’s ‘full spectrum deterrence’ was ensured with the operationalization of the tactical nuclear weapons.

At present, nuclear deterrence equilibrium in South Asia, guaranteed by Pakistan’s nuclear capabilities would likely dissuade India to indulge in a low-intensity conflict with Pakistan. Having taken such effective measures, Pakistan has proven its resolve to restore the long-desired peace and prosperity in the region. However, Pakistan would preserve its territorial integrity and sovereignty at any cost even if it is in disparity with India’s hegemonic strategic objectives.

The South Asian contemporary security environment is continuously in a state of flux due to India’s provocative strategies and hegemonic aspirations. Likewise, the conventional asymmetry in South Asia has compelled Pakistan to maintain a reliable nuclear deterrence posture based on the principle of credible deterrence. The fact remains that, Pakistan’s nuclear deterrence is only India specific and is not aspired to be an offensive or provocative doctrinal posture. Therefore, it is critically important for Pakistan to maintain a stable and credible nuclear deterrence posture.

Moreover, Pakistan needs to remain compliant with its assertive principled stance that its nuclear capability is purely a response to India’s nuclear weapons program as well as its provocative conventional strategies. For this purpose, an apparent manifestation of Pakistan’s nuclear doctrinal posture coupled with technological sophistication seems to be a plausible policy. This would likely ensure a credible nuclear deterrence equilibrium and stability of the region.

*The writer is a Research Associate at the Strategic Vision Institute (SVI) Islamabad, Pakistan.