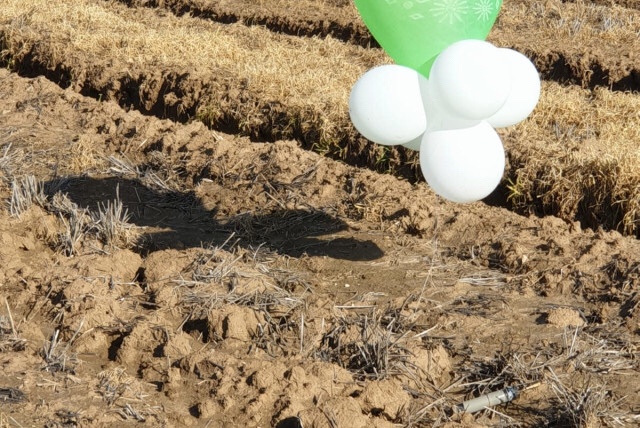 The balloon units in the Gaza Strip have made similar threats in recent weeks, but only a few balloon launches were announced afterwards

The Descendants of Nasser (Ahfad Al-Nasser) balloon unit in the Gaza Strip threatened Israel with renewed incendiary and explosive balloon launches on Thursday, warning that the coming days would be the “beginning of hell” for Israelis who live near the Strip.

The balloon unit published videos and images of a number of balloon launches on Thursday and promised they would be launching 1,300 balloons on Friday.

The videos on Thursday warned that they would not stop the launches until they achieved their “goals” and received rights, adding that the unit has “surprises” that Israel “wouldn’t imagine.”

Earlier on Thursday, the unit stated that they were awaiting a response to their demands “in the coming hours.” The unit did not specify what demands they were referring to.

The unit also shared a photo of a makeshift aircraft carried by a bundle of balloons with a caption reading “soon.”

The balloon units in the Gaza Strip have made similar threats in recent weeks, but only a few balloon launches were announced as a result.

In May, a number of groups of incendiary and explosive balloons were launched as the Ahfad Al-Nasser balloon unit warned that Israel had 72 hours to send medical supplies for the coronavirus outbreak into Gaza. The group warned that they would make the Gaza envelope “hell” at the time, as well.

The launches of incendiary balloons have become more sporadic in recent months. The last time balloon launches were announced by the balloon units was in late April and, before that, in February. While they had threatened launches before the Knesset elections in March, none were actually announced.

Countless incendiary and explosive balloons have been launched by Gaza’s terrorists in recent years. They sometimes have books or toys attached to lure children, and some have sparked large wildfires in the past, mainly damaging crops. Israel has, in the past, launched strikes against the Strip in response to continued use of the balloons.