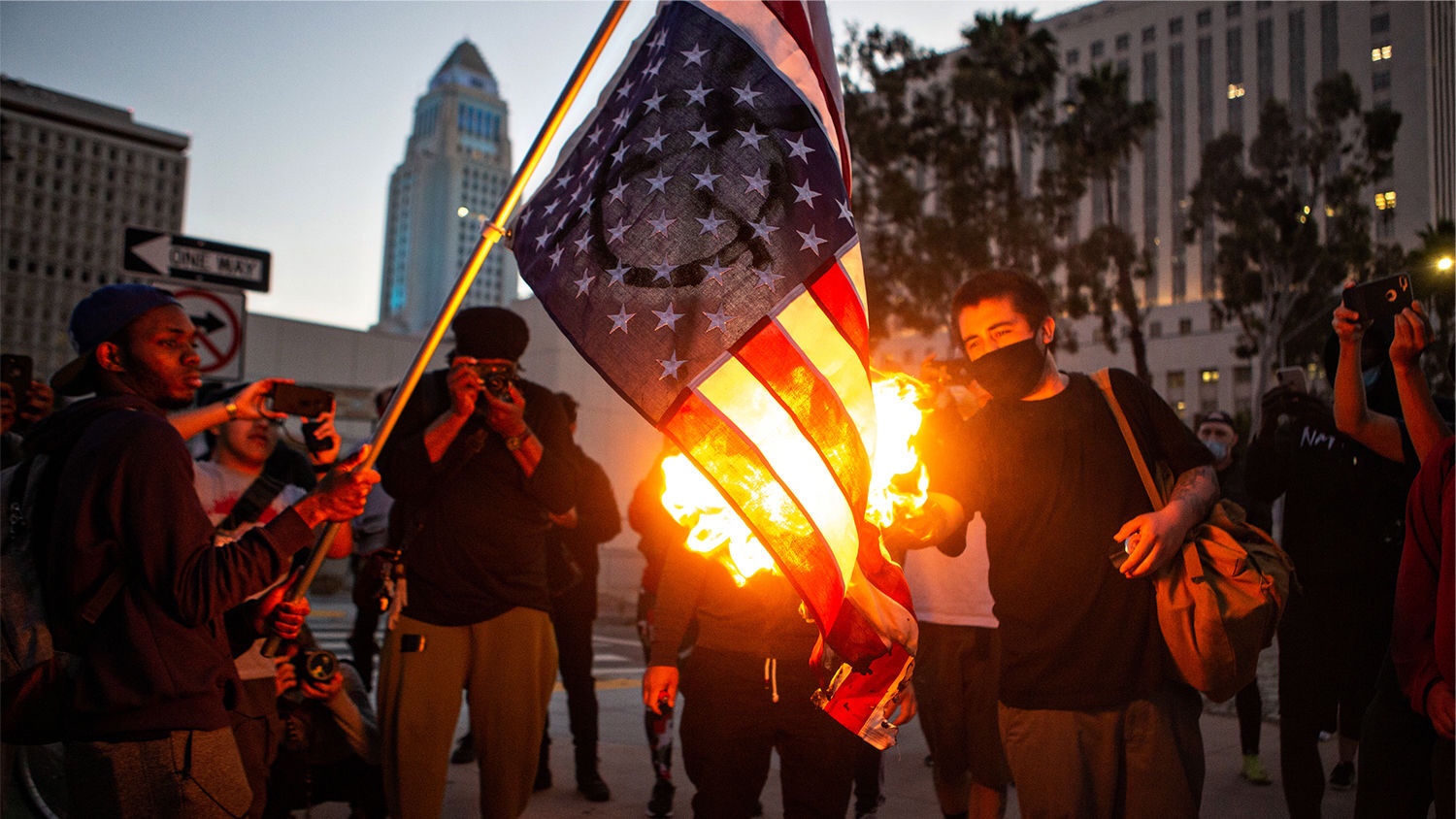 George Floyd Riots Will Hasten America’s Decline as a Superpower

Years of forecasts are now being vindicated.

While our attention is fixated on the violence exploding on the streets of America’s cities, it can be easy to forget that an international audience is closely watching, too.

So far, over 20 people have died, many of them African-Americans. The damage has been extensive, and its full scale is not yet known. Although Minneapolis, Dallas, New York and Seattle will eventually clean up and attempt to return to normal life, the violence that happened on their streets will impact America’s global standing for years to come.

Iranian Supreme Leader Ayatollah Ali Khamenei decried the police brutality, which is allegedly everywhere in the United States. In a June 4 tweet, he said this was “nothing new” and simply “the nature of the system.” In a televised speech, Khamenei said that George Floyd’s last words of “I can’t breathe” serve as “a slogan that speaks for the hearts of all nations oppressed by the United States.”

A police officer coldly kneeling on a black man’s neck & pushing until he dies, while the other officers do nothing to stop this no matter how much he pleads, is nothing new. It is the nature of the US system. #GeorgeFloyd 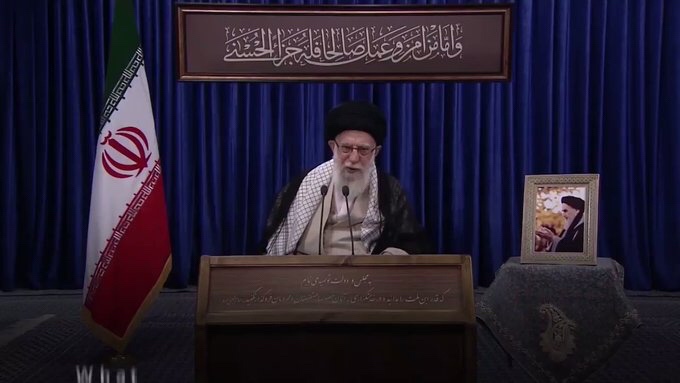 2,285 people are talking about this

Turkish President Recep Tayyip Erdoğan stated on May 28 that he was “deeply saddened” by the death of George Floyd. A Chinese spokesperson simply quoted George Floyd’s last words, “I can’t breathe.”

The racist and fascist approach that led to the death of George Floyd in the US city of Minneapolis as a result of torture has not only deeply saddened all of us, but it has also become one of the most painful manifestations of the unjust order we stand against across the world.

16.3K people are talking about this

These leaders of dictatorial and oppressive regimes are portraying themselves as compassionate and understanding, and implying that their systems work better than the flawed and racist American model. Many have called for the nation’s police to be defunded.

Before all of this began, one man was warning of exactly this situation.

“The nation’s police are being undermined in ways that will prove devastating to our cities in particular,” warns Trumpet editor in chief Gerald Flurry in his free booklet Great Again, written three years ago. “There is no excuse for police brutality. But how many good policemen will fear to do their jobs—jobs that are sure to become even more dangerous as disorder intensifies—knowing the state might side with the criminals, or knowing they could be unjustly prosecuted? The institution that protects and preserves the stability of America’s cities is being undermined and weakened.”

What officer Derek Chauvin did was clearly wrong. However, accusing an entire segment of Americans of racism based on one man’s actions only provokes more division. Now, the leaders of oppressive regimes like Iran and China are making the same accusation, seeking to stoke tensions further.

In Great Again, Mr. Flurry warns that America’s racial dispute will be turned into a “deadly weapon” to divide and weaken the country. That surely has happened within the country. Now, America’s enemies and rivals, many of which oppress and segregate their own people, are seeking to exploit the racial division on display in America. In America Under Attack, Mr. Flurry makes a similar statement, warning that accusations of racism fill the country with “hatred and division that lead to race war, civil war and violence!” This has happened internally, and dictatorial regimes are now following suit.

A nation cannot be powerful on the world scene when its citizens are fighting each other. Few Americans are thinking about the long-term affects the riots will have on their nation’s global image, but they should be. Since the end of World War i, Woodrow Wilson’s 14 points and then the League of Nations, the U.S. has played the leading role in forming international organizations, setting international law, and defining norms in international diplomacy.

On May 25, that world order suffered a severe blow. The entire world watched as riots brought death, injury and fire to America’s cities. In the eyes of many, these events have greatly diminished America’s privileged position as the world’s top diplomatic power.

The Financial Times addressed this in a June 5 article: “The dividedness of the U.S.—racial, material, political—is aired thoroughly enough as a domestic blight. It is the effect on its foreign policy that can get lost in the anguish. … And nowhere will it suffer more than in the superpower duel.”

Does this forecast—the U.S. losing its superpower status—sound familiar? If so, it’s because the Trumpet has warned for years that riots will intensify, to the point that they render the U.S. unable to compete on a global level. Analysts are now starting to see what will happen when riots intensify. “The effect of responding to lawlessness by handcuffing law enforcement is going to tear our society apart!” writes Mr. Flurry in Great Again. Now more than ever, calls to defund the police, even totally abolish them, are growing more common. If followed, this course of action will cause even greater suffering and violence.

How has America’s internal division left it unable to compete with rising powers and vulnerable to societal collapse?

One way to look at a nation’s global influence is by examining its “soft power.” Coined by Joseph Nye, the term describes a country’s control over world affairs through the channels of diplomacy, culture, societal values and business. Nye observed, “If a state can make its power seem legitimate in the eyes of others, it will encounter less resistance to its wishes. If its culture and ideology are attractive, others will more willingly follow.”

Now, nations that formerly trusted the U.S. will grow wary of investing in its economy or participating in American-led trade initiatives. Ascendant nations like China will use the U.S.’s inability to control its own affairs as a justification to further break with the dollar. European leaders will have justification to further crack down on the Silicon Valley-based online world.

Tourism, responsible for $1.6 trillion in economic output during 2017, has been hit hard by the riots. The industry already faced closures due to coronavirus. Now, many potential visitors will decide against traveling to America, choosing to spend their time and money in cities that aren’t viewed as being so vulnerable to sudden outbreaks of violence. Ultimately, intensifying civil unrest will lead to the U.S. being shut out of world trade—read chapters 4 and 5 of our free book on Ezekiel.

In these ways, the riots have damaged America’s diplomatic and economic standing for years to come.

The Trumpet has warned for many years that race riots will play a major role in America’s departure from the world scene and hasten its eventual collapse. How did we make this forecast before the trend of deadly violence increased to the threat it is today?

A Bible prophecy in Isaiah 1:7 says, “Your country is desolate, your cities are burned with fire: your land, strangers devour it in your presence, and it is desolate, as overthrown by strangers.” America Under Attack says this “is talking about massive race wars swallowing up our cities! Cities in Israel are going to burn. … Can you even conceive of such violence? God warns that it is coming.”

The U.S. is forsaking the Bible, from which it derived its Constitution. In Great Again, Mr. Flurry explains how America’s Founding Fathers said the Constitution would only work “if our people had a certain measure of faith in God and the Bible.” Handicapping the police and abandoning these laws is “quickly moving America toward a race war and rule by dictatorship or tyranny,” he writes.

The Bible describes a time when America’s domestic trouble will grow so violent and spread so universally that it will paralyze the country, leaving it unable to respond to external threats. Ezekiel 5:12 describes riots that will kill a third of Americans; the word translated “pestilence” means burning. Consumed by its own problems, America will disappear from the world scene. Its decreasing credibility today is only the beginning of this deadly trend.

“When you look objectively at the facts of these high-profile, racially charged riots, you can see why they are certain to grow much worse,” Mr. Flurry writes. “Few people realize how grave this trend is. You need to know where this is leading! In fact, the Bible prophesies that this type of racial tension is building toward a time of unparalleled suffering. Race-related violence in our cities is going to play a major role in the unraveling of our society! That is the bitter truth that most of our people refuse to face.”

Ultimately, social unrest will get so bad that it will make the nation vulnerable to invasion. “You absolutely need to understand the truth about what is happening to America today!” he writes in Great Again. “We have been protected in this country for a couple hundred years. We have not experienced the turmoil that many other nations have. Yes, we were involved in two world wars, but God has given us a lot of peace. As a result, our people have settled into an unreality about what is really happening around us. They don’t understand how deadly dangerous this world is! This is not God’s world. There is a lot of evil in this world. It is full of tigers waiting to tear people apart. It has always been that way. As Winston Churchill said, the history of man is the history of war. Yet somehow we can’t come to grips with that today.”

As America begins to unravel, you can choose to face this bitter truth and do something about it before it’s too late. Understanding God’s perspective on America’s racial strife is the only way to end it. Read our free booklets Great Again and America Under Attack to gain a perspective, found nowhere else, that will soon lead to real, enduring peace for all races.