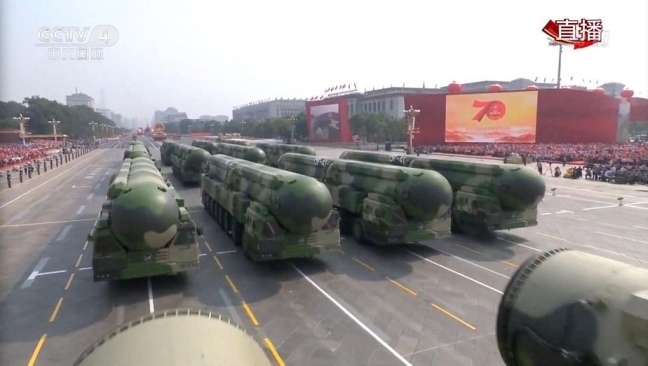 Can China Be Compelled Into Arms Control?

There is little reason to believe that Chinese leaders will see incentives to enter arms control arrangements anytime soon.

Arms control is always complicated, and a multilateral agreement across multiple weapons systems between China, the U.S., and Russia would tax even the best diplomats. The Trump administration has adopted an adversarial approach to China, attempting to threaten China into compliance by withdrawing from other arms control agreements, to test nuclear weapons, and to overwhelm China through a massive increase in defense spending. But is there any reason to believe that China can be compelled?

States certainly do engage in arms control in order to protect their physical security, as well as their economic and financial well-being. Concerns about the economic impact of the arms race informed both the Soviet and American approaches to arms control in the 1980s. Fear that the industrial power of the United States might swamp them both convinced Japan and the United Kingdom to pursue naval arms limitation in the 1920s.

Moreover, unlike the Soviet Union, China has demonstrated a willingness to accept military vulnerability in its relationship with the United States. The Soviet Union sought first to balance U.S. strategic advantages with massive conventional superiority in Central Europe, then directly matched U.S. strategic nuclear forces. China has never sought nuclear equality with the United States, and is only now approaching a point in which it can threaten conventional parity in the Western Pacific. An arms race can only bring an enemy to its knees if the enemy decides to run the race, and Beijing has yet to indicate it’s willing to commit.

Finally, it should go without saying that the cavalier fashion with which the United States has treated arms control agreements as of late inspires no confidence in Beijing, Moscow, or anywhere else that Washington will adhere to any agreements in the long-term. The pervasive sense that the United States has either given up on arms control or that it will give up on any agreement as soon as the next Republican President enters office will make any foreign leader with any sense at all reluctant to pay the costs and take the risks associated with a major arms limitation initiative.

Robert Farley is an assistant professor at the Patterson School of Diplomacy and International Commerce.