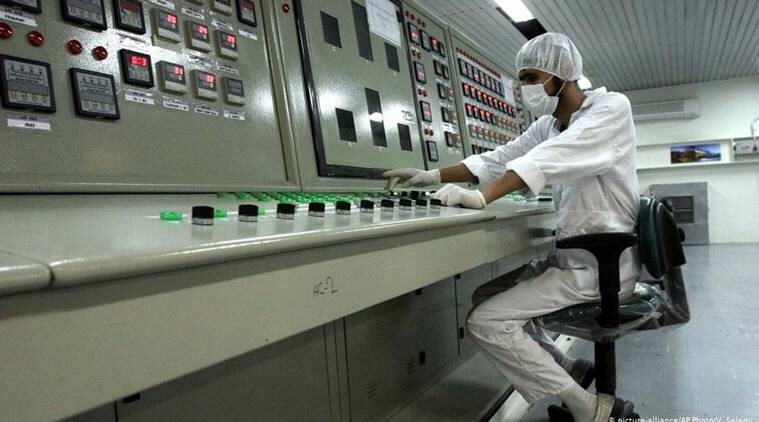 The UN nuclear watchdog has said the finding violates the terms of Iran’s 2015 nuclear deal. Iran has also reportedly continued to enrich uranium to a purity of up to 4.5%, higher than the 3.67% allowed.

Iran has accumulated enriched uranium at nearly eight times the limit set out in the 2015 nuclear deal, the United Nations nuclear watchdog announced on Friday.

The IAEA noted “with serious concern that, for over four months, Iran has denied access to the Agency… to two locations.”

According to the report, the IAEA has questions as to the possible “use or storage of nuclear material” at the two sites and that one of them “may have been used for the processing and conversion of uranium ore including fluorination in 2003.”

The IAEA noted that Iran has also been continuing to enrich uranium to a purity of up to 4.5%, higher than the 3.67% allowed under the nuclear deal. In addition, Iran is also only allowed to keep a stockpile of 202.8 kilograms (447 pounds).

Iran signed the Joint Comprehensive Plan of Action (JCPOA) in July 2015 with the US, Germany, France, Russia, China and the European Union in return for economic incentives.

Iran agreed that “under no circumstances will Iran ever seek, develop or acquire any nuclear weapons.” Tehran also authorized a monitoring regime, allowing international inspectors to gain access to sites suspected of nuclear weapons-related activities.

Under the deal, however, Iran may have a commercial nuclear program “for exclusively peaceful purposes.”

Having called it “the worst deal ever,” President Donald Trump pulled the US out of the deal unilaterally in 2018 and imposed fresh sanctions on Iran, further crippling Iran’s economy.

Since the US withdrawal, Iran has reportedly stockpiled enough uranium to produce a weapon. Tehran maintains it has no such intentions and that its atomic program is only for producing energy.

The Clout of the Antichrist’s Men Grows