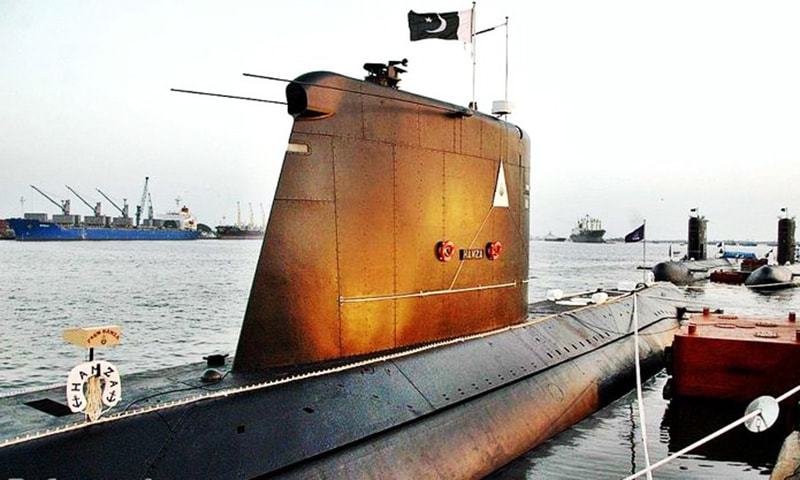 Increasing Indo-Pacific nuclear boats and the impact on strategic stability

As the Indo-Pacific continues to evolve economically and strategically, one of the traditional measures of great power status – nuclear attack and missile submarines – will become more prominent. For ASPI academic Stephan Fruehling, this will have a dramatic impact on the strategic stability and calculus Australia depends upon.

Next-generation submarines are emerging as another battleground for the competing superpowers, with both the US and China seeking to develop and introduce ever more deadly, silent and persistent submarines to sea.

Much like the submarine competition between the US and Soviet Union, this new arms race is resulting in fleets of hunter-killers and strategic missile submarines stalking the depths, however the US and China are far from the only emerging and established Indo-Pacific nations seeking to leverage the power of nuclear submarines.

The growing proliferation of advanced nuclear weapons systems, including the relatively crude, yet still capable submarine launch ballistic missiles recently tested by North Korea, and the increasingly capable nuclear-powered submarine fleets introduced by China and Russia, South Korea has moved to address a tactical and strategic shortfall: a lack of nuclear-powered submarines.

While seemingly a shock move, the South Korean strategic policy institute, the Korea Defense Network (KDN), commissioned a research review into the feasibility of developing an indigenous nuclear-powered attack submarine.

It is reported that the results suggested that South Korea consider building a nuclear-powered attack submarine modelled after the French 5,300-tonne Barracuda Class submarine, the design model for Australia’s own fleet of $50 billion Attack Class submarines.

India also fields a growing array of domestic and foreign nuclear submarine designs in both the attack and ballistic missile variants providing an already tense regional balance of power with yet another platform to complicate the tactical and strategic decision making processes for many nations, including Australia.

Contemporary combat submarines are typically broken down by role and either conventional or nuclear propulsion into three different classes, namely:

Towards a nuclear region?

Recognising the mounting challenges, ASPI academic Stephan Fruehling has penned a piece, ‘Nuclear-armed submarines and strategic stability in the Indo-Pacific’, highlighting the challenges facing Australia as it seeks to navigate the demise of the post-Second World War strategic order, guaranteed by the US nuclear umbrella, in the face of a multipolar, nuclear-armed region.

“No other weapon system embodies the menacing, but also out-of-sight, presence of nuclear weapons better than the stealthy nuclear-powered ballistic missile submarines (SSBNs) that have, for six decades, ceaselessly prowled the world’s cold ocean depths, waiting for an order that has never come,” Fruehling articulates.

“SSBNs on continuous at-sea deterrence missions remain the mainstay of the nuclear forces in the United States and France, and the sole platform carrying British nuclear weapons. Despite Russia’s significant investment in road-mobile missiles, SSBNs also remain an important element of its nuclear forces.”

While the Cold War balance of power between the nuclear powers maintained a relative peaceful status-quo, the advent of nuclear powered and, critically, armed submarines in the Indo-Pacific presents a significant and new challenge for Australian consideration.

“In Asia, however, nuclear-armed submarines are a newer phenomenon. China has had a longstanding interest in developing SSBN technology, but has only in recent years put them into service, in numbers comparable to Britain’s and France’s,” Fruehling says.

“Israel has reportedly fielded nuclear-armed (cruise) missiles on its conventionally powered submarines, and India, Pakistan and North Korea have also all shown an interest in moving nuclear weapons under the sea. As these countries’ programs mature, undersea nuclear deterrence will cease to be a preserve of the major powers.

“The relevance of nuclear-armed submarines for strategic stability in the Indo-Pacific area will thus increase — but what will their impact be?”

Fruehling poses this important question for Australian consideration, particularly as we close in on a new Defence White Paper.

How will SSBNs impact the balance of power?

Fruehling is quick to highlight the pivotal role the concept of ‘mutually assured destruction’, or MAD, played in keeping the Cold War ‘cold’ is somewhat of an ambiguous concept in light of a radically evolving regional balance of nuclear power.

“Whether the increased deployment of SSBNs in the Indo-Pacific will thus be stabilising or destabilising — in arms competition as well as in crises and war — remains an open and important question for regional security,” Fruehling states.

“Given the multiple centres of power in the Indo-Pacific, its connected conflict dyads, and its regional order that lacks both the informal rules and clear dividing lines of the Cold War, conceiving of a regional concept for ‘stability’ is fraught in general.”

For Australia, this raises the question, can the nation depend on the nuclear umbrella provided by the US or, for that matter, the UK at a stretch? If not, what is the solution for Australia? How does the nation respond and what role will Australia’s conventionally powered Attack Class submarines play in a nuclear-armed, contested region?

Questions to be asked

As an island nation, Australia is defined by its relationship and access to the ocean, with strategic sea-lines-of-communication supporting over 90 per cent of global trade, a result of the cost effective and reliable nature of sea transport.

Indo-Pacific Asia is at the epicentre of the global maritime trade, with about US$5 trillion worth of trade flowing through the South China Sea and the strategic waterways and choke points of south-east Asia annually.

While the Indian Ocean and its critical global sea-lines-of-communication are responsible for more than 80 per cent of the world’s seaborne trade in critical energy supplies, namely oil and natural gas, which serve as the lifeblood of any advanced economy.

Submarines are critical to the nation’s ability to protect these strategically vital waterways and key naval assets, as well as providing a viable tactical and strategic deterrent and ensure the nation’s enduring national and economic security – recognising this, the previously posed questions will serve as conversation starting points.

However, given the geographic area of responsibility Australia will become increasingly responsible for and dependent on, is the RAN and the recapitalisation and conventionally-focused modernisation program for Australia’s submarine fleet enough for Australia to maintain its qualitative and quantitative lead over regional peers?

Traditionally, Australia has focused on a platform-for-platform acquisition program – focused on replacing, modernising or upgrading key capabilities on a like-for-like basis without a guiding policy, doctrine or strategy, limiting the overall effectiveness, survivability and capability of the RAN.

The Clout of the Antichrist’s Men Grows