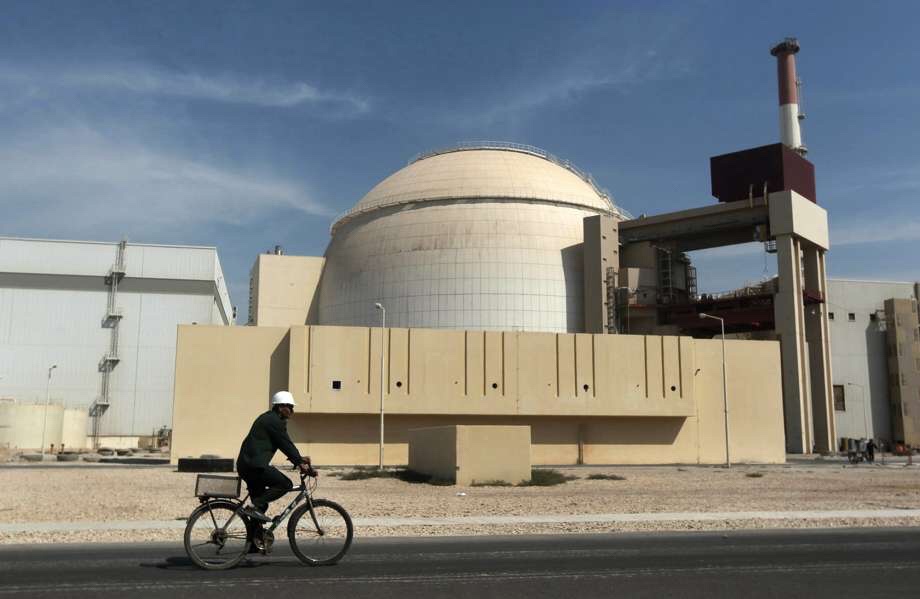 Iran says it will continue nuclear work despite US sanctions

FILE – In this Oct. 26, 2010, file photo, a worker rides a bicycle in front of the reactor building of the Bushehr nuclear power plant, just outside the southern city of Bushehr. Iran said Friday, May 29, 2020, its experts would continue nuclear development activities, despite sanctions imposed earlier this week on their fellow scientists by the United States.

State TV cited a statement from the country’s nuclear department saying the U.S. decision to impose sanctions on two Iranian nuclear scientists indicate continuation of a “hostile” attitude. It said the sanctions would make them “determined to continue their nonstop efforts more than before.”

On Wednesday, U.S. Secretary of State Mike Pompeo imposed sanctions on two officials with Iran’s atomic energy organization, Majid Agha’i and Amjad Sazgar, who are involved in the development and production of centrifuges used to enrich uranium.

Pompeo also said he would revoke all but one of the sanctions waivers covering civil nuclear cooperation. The waivers had allowed Russian, European and Chinese companies to continue to work on Iran’s civilian nuclear facilities without drawing American penalties.

Waivers that permitted work at the Arak heavy water plant and the Tehran Research Reactor had been in place until now. A waiver for work at the Bushehr nuclear power station will be the only one extended.

Since the U.S. withdrawal from Iran’s nuclear deal with world powers in 2018, Iran has gradually taken steps away from the accord and started injecting uranium gas into more than a thousand centrifuges. Iran says the steps could be reversed if Europe offers a way for it to avoid U.S. sanctions choking off its crude oil sales abroad.

Iran is also enriching uranium up to 4.5% in violation of the accord’s limit of 3.67%. Enriched uranium at the 3.67% level is enough for peaceful pursuits but is far below weapons-grade levels of 90%.

At the 4.5% level, it is enough to help power Iran’s Bushehr reactor, the country’s only nuclear power plant. Prior to the nuclear deal, Iran had reached up to 20%.