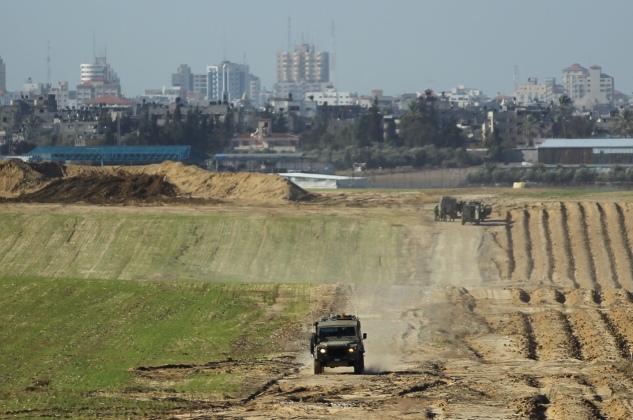 It said several army vehicles entered several meters into the Gaza Strip, razed land and placed dirt mounds while opening fire in the air before returning to the bases.