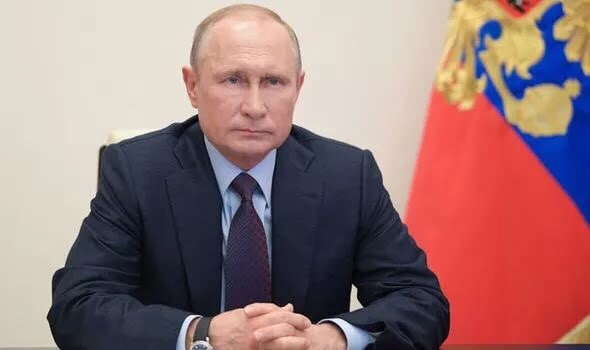 According to reports, the latest Russian system, known as the Kinzhal, is the airborne version of the Iskander tactical missile system.

Last week, Russia revealed a terrifying new military weapon as global tensions continue to rise due to the COVID-19 pandemic.

The Khabarovsk, also known as Project 09582, is the second submarine to serve as a carrier of Russia’s underwater nuclear drones after the first floated out back in April. The new Poseidon drone will be out in late June.

According to Russian News Agency, TASS, the first special-purpose nuclear submarine, the Belgorod, is expected to enter service with the Russian Navy this September.

The new Poseidon drone will be out in late June (Image: Russian Defence Military)

Both the Belgorod and the Khabarovsk are capable of carrying six Poseidon drones each.

Back in 2018, Russian President Vladimir Putin addressed the country’s development of a nuclear-powered, unmanned underwater vehicle which can carry both conventional and nuclear warheads.

New data reports the Poseidon will have an intercontinental range capability and can operate in depths of more than 1km.

World War 3 fears were ignited across the globe just days into 2020 and as tensions continue to rise between world leaders, fears of war outbreak continue.

DON’T MISS:
World War 3 MAPPED: The SIX places where WW3 could break out in 2020 [OPINION]

Coronavirus Russia deaths: How many coronavirus cases in Russia? [INSIGHT]

Concerns were first triggered around the globe following the death of Iranian Major General Qassem Soleimani in a US airstrike in January.

North Korean Supreme Leader Kim Jong-un is moving ahead at full speed with his nuclear weapons programme, according to analysis of new satellite photos.

The Supreme Leader is racing to construct a giant storage and assembly area for his lethal nuclear ballistic missiles, according to South Korea news website Daily NK.

The new base is being constructed on the site of an abandoned underground storage area, that was built in the 1980s to shelter and protect fighter planes.

The US President Donald Trump has met three times with the North Korean dictator, once each in Singapore, Hanoi and in the demilitarised zone between the two Korea’s.

Mr Trump is insisting the North Koreans abandon not only their nuclear programme but also their chemical and biological weapons.

Kim has suggested initiating a series of small steps to build trust and has offered to shut down his nuclear plant at Yongbyon in return for the partial easing of sanctions, a proposal rejected by the US president.

Mr Trump also ignited concerns of an outbreak of war after he vetoed the Iran War Powers resolution this week.

This stoke fears that he could be planning a military campaign against the Islamic Republic in the run-up to the presidential elections in November.

The resolution was passed by both Houses of Congress in a bipartisan bid to limit the president’s power to use military force against Iran without congressional approval.