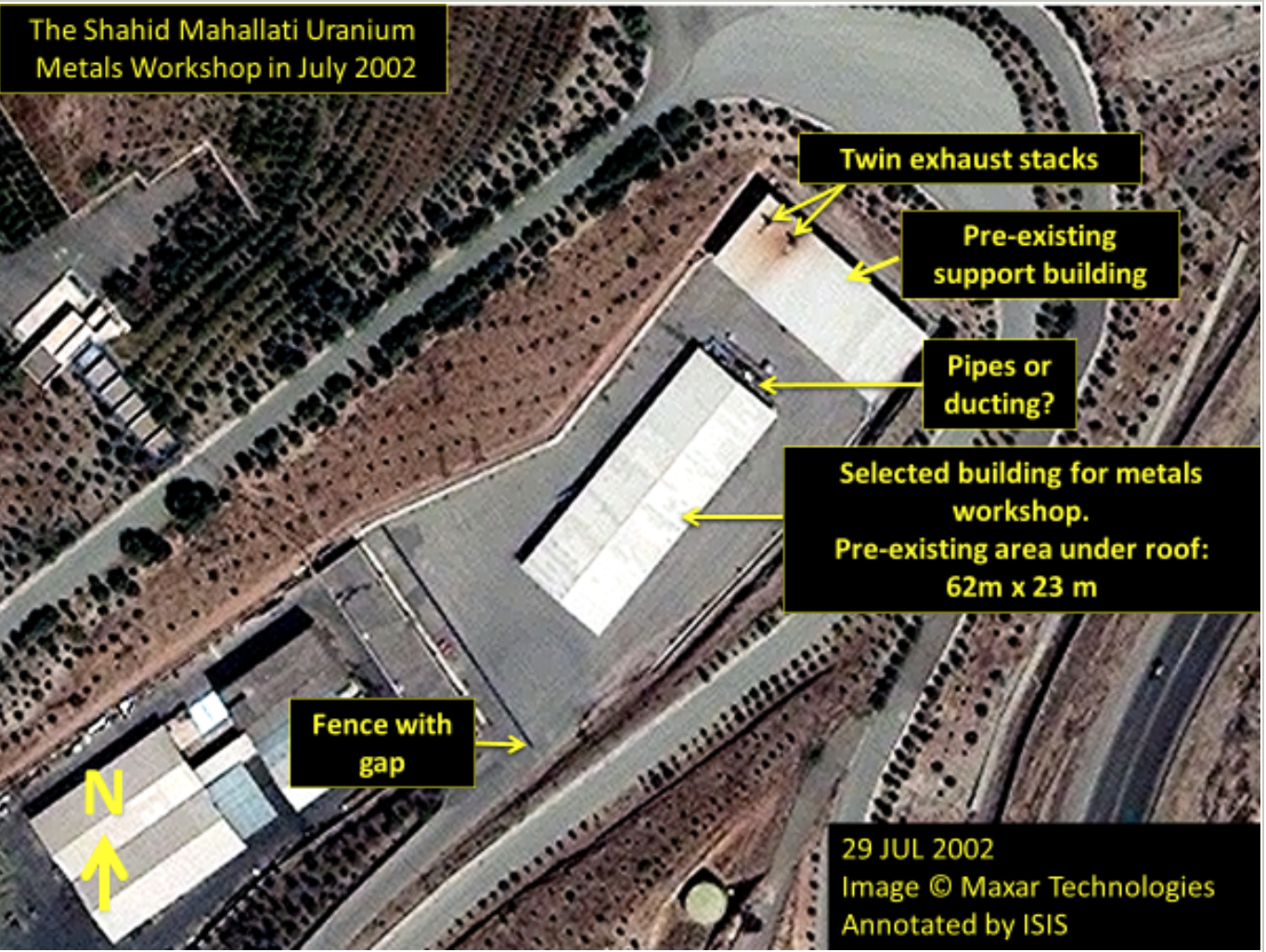 A new Iranian nuclear weapons site has been identified by a team of experts, who are now calling on Tehran to acknowledge the previously undisclosed site to international inspectors.

The Institute for Science and International Security announced on Wednesday that it has evidence Iran operated a nuclear weapons construction facility in northern Iran until at least 2011, when it was likely destroyed as Western nations began to investigate the country’s weapons program. The information was found in a tranche of records recently smuggled out of Iran by Israel.

The facility still has not been declared as a former weapons site by Iran, as it is required to do under international law.

“The facility was intended as a pilot plant, aimed at developing and making uranium components for nuclear weapons, in particular components from weapon-grade uranium, the key nuclear explosive material in Iranian nuclear weapon cores,” according to the institute.

“The key building of the site, the uranium metals workshop, was apparently gutted and abandoned between late 2010 and early 2011,” the research organization found.

It is likely Iran destroyed the site after the international community discovered the existence of its Fordow nuclear enrichment plant in 2009. That site, a military bunker dug into the side of a mountain, contained a large portion of Iran’s weapon infrastructure.

David Albright, president and founder of the research institute, called on Iran to come clean about this site to the International Atomic Energy Agency.

“Iran should declare this site to the International Atomic Energy Agency and allow its inspection, since the facility was designed and built to handle nuclear material subject to safeguards under Iran’s comprehensive safeguards agreement,” Albright wrote in the report. “The IAEA, more generally, should verify sites, locations, facilities, documentation, equipment, and materials involved in the Amad Plan activities, and urge Iran to cooperate fully in these investigations, despite their age, as part of ensuring that Iran has not continued nuclear weapons work up to today.”

Albright told the Free Beacon the site has not been publicly revealed before Wednesday and it is likely Western nations had no knowledge of it prior to Israel’s seizure of the nuclear documents.

This and other evidence suggests that Iran has not fully ended its pursuit of nuclear weapons, but has instead bided its time in the face of scrutiny from the United States and other global powers.

Andrea Stricker, a non-proliferation expert and research fellow at the Foundation for Defense of Democracies, said the discovery of this new site “shows the extent to which Tehran lied to international inspectors about its past and possibly ongoing nuclear weapons program.”

It remains possible Iran continues to use information gleaned from the site to continue nuclear weapons research, Stricker said.

“It could have been used to make actual nuclear weapon cores until a larger, planned facility called Shahid Boroujerdi was brought online,” she said. “What’s more, there is no guarantee that these uranium metallurgy activities stopped, since the archive information shows intentions to move and hide military nuclear activities after 2003.”

“Today, Tehran is closer to a nuclear weapon than previously thought,” Stricker said. “The IAEA needs to undertake a full investigation in Iran to ensure that its nuclear program is strictly peaceful.”