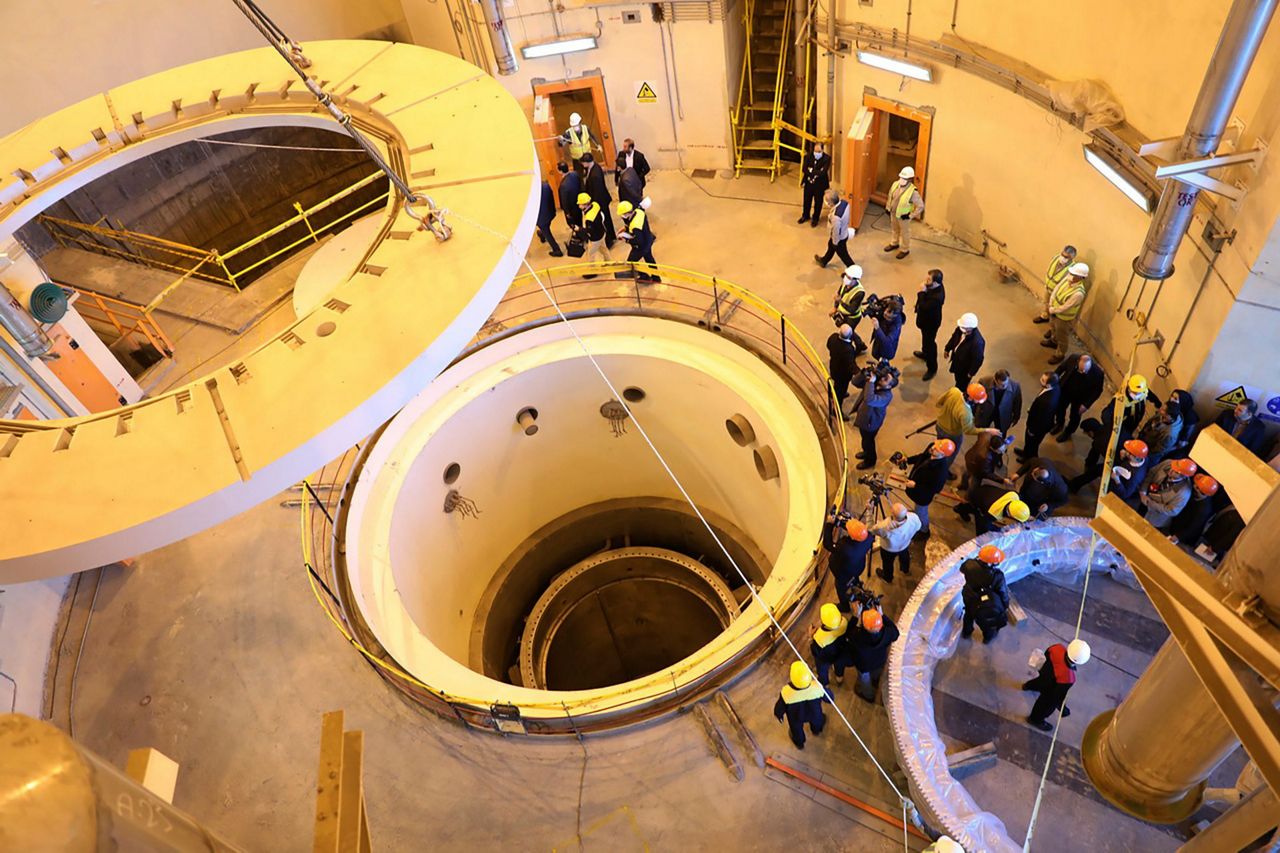 TEHRAN, Iran (AP) – The blowback over the U.S. killing of a top Iranian general mounted Sunday asIran announced it will no longer abide by the limits contained in the 2015 nuclear deal and Iraq’s Parliament called for the expulsion of all American troops from Iraqi soil.

The twin developments could bring Iran closer to building an atomic bomb and enable the Islamic State group to stage a comeback in Iraq, making the Middle East a far more dangerous and unstable place.

Iranian state television cited a statement by President Hassan Rouhani’s administration saying the country would not observe the deal’s restrictions on fuel enrichment, on the size of its enriched uranium stockpile and on its research and development activities.

“The Islamic Republic of Iran no longer faces any limitations in operations,” a state TV broadcaster said.

In Iraq, meanwhile, lawmakers voted in favor of a resolution calling for an end to the foreign military presence in the country, including the estimated 5,200 U.S. troops stationed to help fight Islamic State extremists. The bill is subject to approval by the Iraqi government but has the backing of the outgoing prime minister.

In yet another sign of rising tensions and threats of retaliation over the deadly airstrike, the U.S.-led military coalition in Iraq said it is putting the battle against IS on hold to focus on protecting its own troops and bases.

The string of developments capped a day of mass mourning over Iranian Maj. Gen. Qassem Soleimani, killed in a U.S. drone strike in Baghdad on Friday. Hundreds of thousands of people flooded the streets in the cities of Ahvaz and Mashhad to walk alongside the casket of Soleimani, who was the architect of Iran’s proxy wars across the Mideast and was blamed for the deaths of hundreds of Americans in suicide bombings and other attacks.

The U.S. State Department had no immediate comment on Iran’s announcement.

As for the troop-withdrawal vote in Iraq, State Department spokesperson Morgan Ortagus said the U.S. is awaiting clarification on its legal meaning but was “disappointed” by the move and strongly urged Iraq to reconsider.

“We believe it is in the shared interests of the United States and Iraq to continue fighting ISIS together,” Ortagus said.

The leaders of Germany, France and Britain issued a joint statement on Sunday calling on Iran to abide by the terms of the nuclear deal and refrain from conducting or supporting further “violent acts.”

German Chancellor Angela Merkel, French President Emmanuel Macron and British Prime Minister Boris Johnson specifically urged Iran to “withdraw all measures” not in line with the 2015 agreement that was intended to stop Tehran from pursuing its atomic weapons program.

Iran insisted that it remains open to negotiations with European partners over its nuclear program. And it did not back off from earlier promises that it wouldn’t seek a nuclear weapon.

However, the announcement represents the clearest nuclear proliferation threat yet made by Iran since President Donald Trump unilaterally withdrew from the accord in 2018 and reimposed sanctions. It further raises regional tensions, as Iran’s longtime foe Israel has promised never to allow Iran to produce an atomic bomb.

Iran did not elaborate on what levels it would immediately reach in its program. Tehran has already broken some of the deal’s limits as part of a step-by-step pressure campaign to get sanctions relief. It has increased its production, begun enriching uranium to 5% and restarted enrichment at an underground facility.

While it does not possess uranium enriched to weapons-grade levels of 90%, any push forward narrows the estimated one-year “breakout time” needed for it to have enough material to build a nuclear weapon if it chose to do so.

The International Atomic Energy Agency, the United Nations watchdog observing Iran’s program, did not immediately respond to a request for comment. However, Iran said that its cooperation with the IAEA “will continue as before.”

“In the world of politics, all developments are interconnected,” Mousavi said.

In Iraq, where the airstrike has been denounced as a violation of the country’s sovereignty, Prime Minister Adel Abdul-Mahdi said that the government has two choices: End the presence of foreign troops or restrict their mission to training Iraqi forces. He called for the first option.

The majority of about 180 legislators present in Parliament voted in favor of the troop-removal resolution. It was backed by most Shiite members of Parliament, who hold a majority of seats. Many Sunni and Kurdish legislators did not show up for the session, apparently because they oppose abolishing the deal.

US Will Be a Victim of Iran’s Nuclear Bomb

‘No, No America’: Antichrist’s Men Demand Expulsion of U.S. Troops