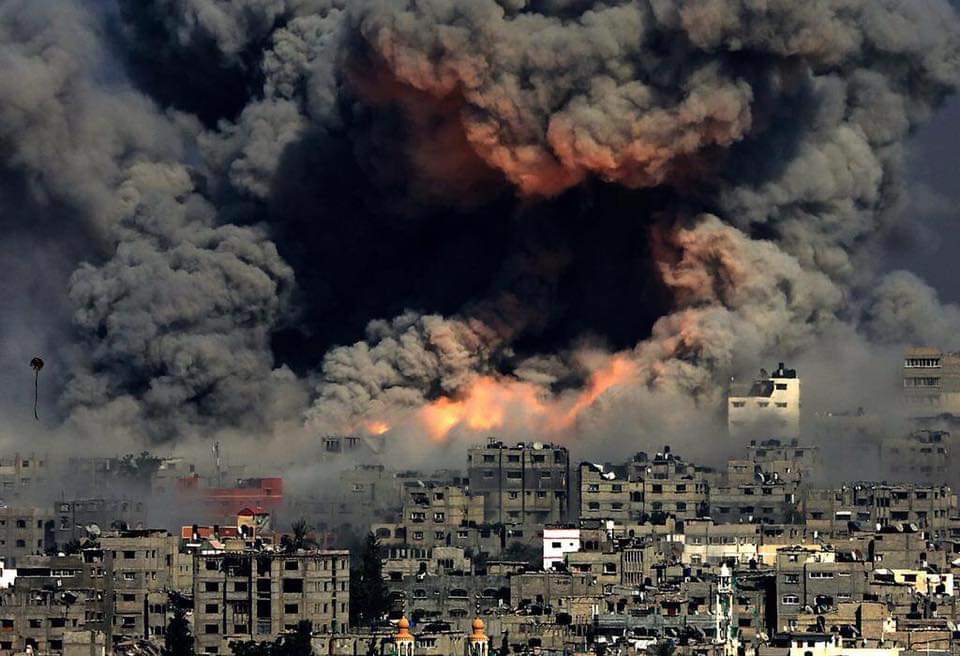 The UN said Gaza would be uninhabitable by 2020 – in truth, it already is

As we approach the UN deadline for Gaza’s habitability,it’s become clear that the region is not a ticking time bomb, but rather a slow-motion explosion.

Just an hour’s drive down the coast from the tourist trap of Tel Aviv is an 8-mile wide strip of polluted land in which two million people have been penned inside it for over a decade.

The journey to Gaza is a galling one: on one side of the separation barrier are sushi bars, malls, beaches and sweeping highways; on the other, dirt tracks snarl through shipwrecked neighbourhoods overseen by Israeli watchtowers. The roads end in a dirty slash of sea; that too is inaccessible.

Five years ago, the United Nations famously predicted that,if the humanitarian conditions didn’t change, Gaza would be uninhabitable by 2020.

This warning has been recited ad nauseam as we approach that deadline.

But the truth is that Gaza has long been uninhabitable. Gaza is not a ticking time bomb – it is a slow-motion explosion.

The enclave has been blockaded by Israel and Egypt since 2007, after Hamas – a militant group that has called for the end of Israel and regularly fires rockets indiscriminately at its civilians – swept to power. Over the last decade, Hamas’s armed wing, together with allied groups like Palestinian Islamic Jihad, have waged three wars with Israel, which the Israelis says justifies the continued blockade.

So synonymous has Gaza become with the misery created by the blockade that people forget there was a time where Israelis drove to lunch there, when Gazans commuted to Israel.

In other words, things have been bad for a while. But over the last year and a half, a new kind of emergency has unfurled.

Since March last year, thousands of Palestinians have marched towards Israel’s separation barrier demanding the right to return to their ancestral lands from which they were forced from or fled during the conflict which accompanied the creation of Israel in 1948.

The Israeli army has killed over 300 Gazans during these rallies and injured 35,000 others,according to the World Health Organisation (WHO). The Israelis, who are likely to be investigated by the International Criminal Court for these attacks, have defended themselves by saying those participating in rallies endanger Israelis lives by hurling explosive and incendiary devices over the separation barrier (kilometres of Israeli land has been burned by firebombs tied to balloons).

Yet either way, over 150 Palestinians have had limbs amputated; a further 200 are expected to over the next few years. Health officials say they do not have the $68m needed to treat the most severely wounded. Gaza has no specialist prosthetic limb centre.

The worst injured therefore need to travel outside of Gaza for treatment. Yet the percentage of medical travel-permits that Israel issues has dropped from 92% in 2012 to on average of just about 60% today, according to the WHO. At the start of the protests, only 18% of permits for those injured during them were granted – likely bumping up the number of amputations required.

The injuries sustained by Palestinians at the rallies have brought the strip’s health system to its knees. Every week more injured flood hospitals, forcing them to clear their wards, cancel scheduled operations (9,000 Gazans are awaiting elective surgeries) and use up their diminishing drug stores (currently Gazan hospitals lack 50 per cent of the essential drugs they need). While the rally organisers have this week said that they will scale back to monthly rallies, the damage has already been done.

This health crisis is compounded by the fact that hundreds of medical workers have fled the strip, while those who’ve stayed have had their salaries cut in half, as the Palestinian Authority and Hamas have been unable to pay them in full.

Nor do Gaza’s medical woes stop at the border. This year, Gazan cancer patients have suffered their worst shortages of medicines, with 63% of the drugs they need unavailable. There is no radiation therapy machine in the enclave.

According to the latest studies by bodies such as the Palestinian Water Authority, the WHO and the NGO Ecopeace, just under 97 per cent of Gazan water is undrinkable, while Gaza’s only natural source of water – the aquifer – is so over-pumped that it is on the cusp of collapse.

Gaza has recently built three small desalination plants, but these are insufficient to provide clean water for the enclave. It is building bigger plants, but the projects are delayed amid shortages of power and spare parts permitted to enter Gaza, as well as the funds needed to complete the projects and then pay for it to operate.

A researcher for the Palestinian Water Authority stated that even if Gaza can produce more clean water, its pipe systems and storage tanks are so riddled with disease that people will still get dirty water.

There have been small improvements in the past year, such as to the strip’s notoriously intermittent electricity connection. Yet huge problems remain: Gaza’s sewage plants, for example, still do not function properly, leaving half the strip’s beaches so polluted that they are unfit for use. Youth unemployment has soared to 70 per cent, while a sorely under-investigated mental health crisis continues.

Miraculously, the strip staggers on, propped up by aid agencies; WHO officials have told me that the only thing stopping an epidemic in Gaza is down to it being one of the most vaccinated places on earth. Just a few cases of cholera, for example, and Gazans would fall like dominos.

Gazans’ astonishing resilience to these appalling conditions should not be confused with proof of liveability. This situation is not sustainable – a solution must be found.

It is All About the First Nuclear War (Revelation 8 )

So Much for Obama’s Breakout Period

Woman and Child Killed Outside the Temple Walls (Revelation 11)

The Iran Deal is OVER