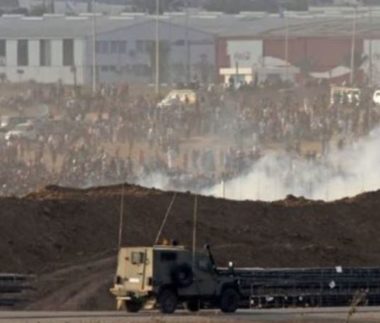 Media sources said the soldiers fired the live rounds at the farmers who were not even close to the “buffer zone” near the fence but were just working on their lands.

They added that the farmers had to leave their lands in fear of further Israeli military escalation.

In related news, the soldiers fired many gas bombs at the Great Return March camp, east of Khuza’a town, east of Khan Younis, in the southern part of the Gaza Strip.