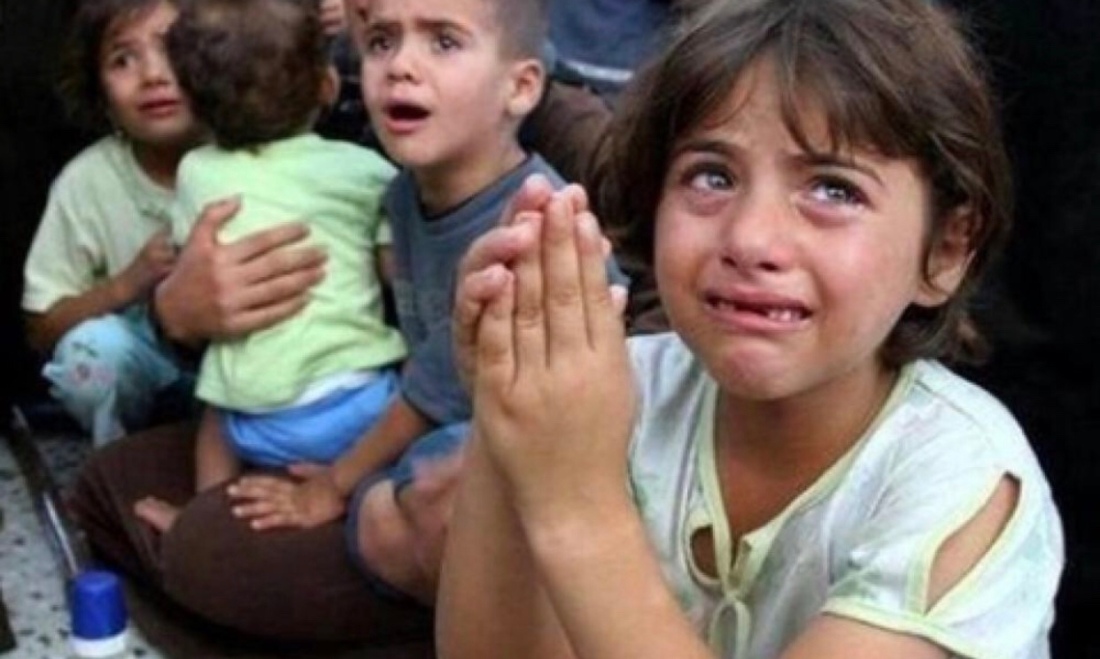 The tragedy of Gaza’s children

Wrapped in her mother’s arms in a crowded doctor’s surgery, Muna (not her real name) looks at first glance like any baby waiting to be weighed by a nurse. However, look more closely and you see why medical staff at the Ard El-Insan pediatric clinic in Gaza are worried. Muna is nine months old, but she weighs under 5kg — barely the normal weight for a healthy six-week-old baby.

“This is heartbreaking, but it’s now normal,” a doctor told me. “Every day we see over 50 cases of children with malnutrition, and the numbers are rising.”

The increasingly dire situation in Gaza — especially for children — is one of the world’s least reported humanitarian emergencies. The territory is mired in a deepening crisis as a result of three wars since 2007, a decade-long Israeli-led blockade, and a budget crisis fueled by intra-Palestinian hostilities and aid cuts.

Two years ago, the UN described conditions for the 2 million people inhabiting the tiny coastal strip as increasingly “unlivable.” And the situation has deteriorated since then.

The territory’s economy is in free fall. It contracted by 8 percent last year alone — and the decline continues. Half the population — including 400,000 children — is now living below the poverty line. The unemployment rate is among the highest in the world, with two-thirds of young people jobless.

Basic services are disintegrating as fast as the economy. The healthcare system is collapsing, with providers lacking basic equipment and essential medicines, including antibiotics. Clean piped water is a distant memory. Today, impoverished Gazans line to buy expensive and often unsafe trucked water. Sewage treatment is also a thing of the past: The equivalent of 43 Olympic-sized swimming pools of raw sewage is pumped into the sea every day. And electricity supply is sporadic.

Children like Muna, and their mothers, are bearing the brunt of the crisis.

Earlier this year, Save the Children, UNICEF and the World Food Programme conducted a survey to document the nutritional status of women and children in vulnerable communities across the Gaza Strip.

The results were shocking. About one in five pregnant women were malnourished. Child malnutrition, although still below emergency levels, has risen fourfold since 2014. And an alarming 40 percent of children covered by the survey were suffering from diarrhea or acute respiratory infection — potentially lethal diseases for young bodies weakened by hunger.

Humanitarian aid to Gaza is, quite literally, a lifeline. It keeps more than half the population from going hungry. Four of every five people — 1.6 million in total — need humanitarian support.

However, the aid pipeline is under pressure. Donors have provided less than half the US$351 million needed for this year. Deep cuts to the budget of the UN Relief and Works Agency (UNRWA, the UN body responsible for Palestinian refugees) have compounded the problem, putting pressure on already overstretched education and health systems.

Other aspects of the tragedy unfolding in Gaza are less visible. Like their peers across the occupied Palestinian territories, Gaza’s children are in the grip of a mental health crisis. Half of Palestinian children aged six to 12 experience emotional and behavioral disorders, according to the WHO.

Adolescents in Gaza bear the scars of traumatic exposure to extreme violence, loss of friends and loved ones, and the toxic stress produced by daily fear and anxiety.

One recent survey found that more than two-thirds of children in schools close to the perimeter fence separating Gaza from Israel were dealing with psycho-social distress. The fragmented patchwork of mental healthcare cannot deal with an epidemic of this magnitude.

The Israeli-led blockade is pushing Gaza further toward the cliff edge of a humanitarian emergency. Restrictions on the movement of goods, such as fertilizers, medical equipment and pharmaceuticals, have choked off economic recovery, undermined livelihoods and left the territory’s health clinics without vital supplies. Aid donors complain about delays in the supply of equipment needed for critical infrastructure, including desalination plants.

Tensions between the Palestinian Authority (PA), based in the West Bank, and the Hamas authorities controlling Gaza have added to the crisis. The PA has cut budget transfers to Gaza, leading to further job losses, reduced wages and greater pressure on basic services.

Ultimately, there will be no peace and development in Gaza without reconciliation, underpinned by a political settlement that respects the rights and protects the security of all Palestinians and Israelis. Gaza cannot be treated as a separate entity. It is an integral part of the future unified state that must be established in peaceful coexistence with Israel across all occupied Palestinian territory.

That prospect seems a long way off. However, allowing Gaza to slide into a full-fledged humanitarian catastrophe would be an indefensible dereliction of responsibility by the international community.

Preventing such a disaster will require urgent action. Aid donors must commit to fully funding the UN’s humanitarian appeal, along with UNRWA’s 2019 budget.

The malnutrition crisis, neglected for too long, demands a decisive response — and next month, aid agencies are launching a US$23 million three-year action plan to address it. Easing the blockade would help tackle poverty and create the jobs Gaza desperately needs.

None of this would be easy. Gaza’s children are in the eye of a perfect humanitarian storm and the hopes of an entire generation are fading.

If there is a glimmer of hope, perhaps it can be found by cutting through the tired, polarized debate on Gaza and asking a simple question: Does anyone believe that children like Muna should be pushed to the brink of starvation by a crisis they played no part in creating?

For the sake of all Gaza’s children, I hope not.

Kevin Watkins is the chief executive of Save the Children UK.