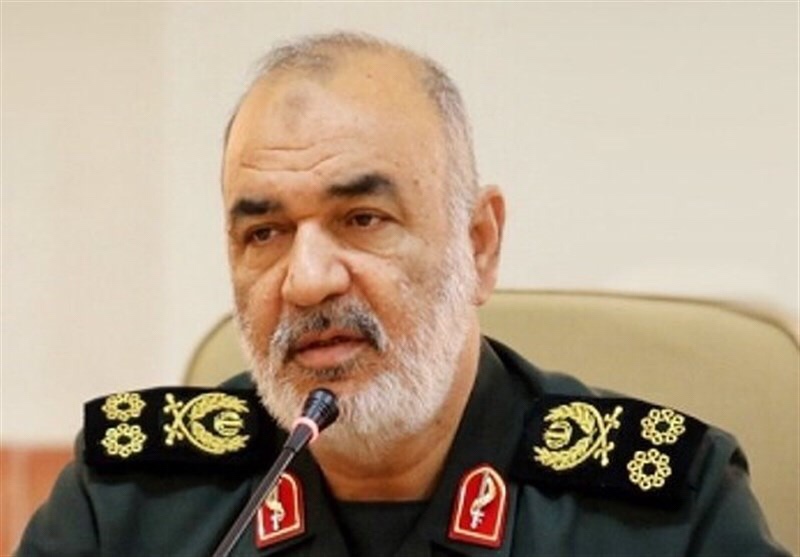 TEHRAN (Tasnim) – Commander of the Islamic Revolution Guards Corps (IRGC) warned the enemies of Iran that the outbreak of a new war will wipe out the Zionist regime of Israel.

“A power (axis of resistance) has been shaped in Syria, Lebanon, Palestine and elsewhere, and the enemy is mindful that any new war may pose a full-blown threat against the Zionist regime and put it in the path to an irreversible collapse,” Major General Hossein Salami said in Iran’s western city of Kermanshah on Thursday.

“A number of US allies in the region were encouraging the US to wage a war (on Iran), but they realized that a war with Iran would threaten their political systems, so they remained silent,” the commander added.

“I am confident that today, the Zionists and regional allies are not interested in a war (against Iran), because they know that the geography of such war would be broad, and they know the result (in advance),” he underlined.

He also noted that the Lebanese Hezbollah has gained such power and experience that is sufficient to inflict a resounding defeat on Israel.

In comments in April 2018, Leader of the Islamic Revolution Ayatollah Seyed Ali Khamenei said the US is aware of the crushing response it will have to face in case of taking military action against Iran.

The era of hit and run is now over, and the US knows that if it gets entangled in military action against Iran, it will receive much harsher blows, Ayatollah Khamenei underlined.

The US is seeking a way to evade the costs of standing against Iran and place them on regional countries, the Leader noted, reminding certain regional countries that if they confront Iran, “they will definitely suffer blows and defeat.”