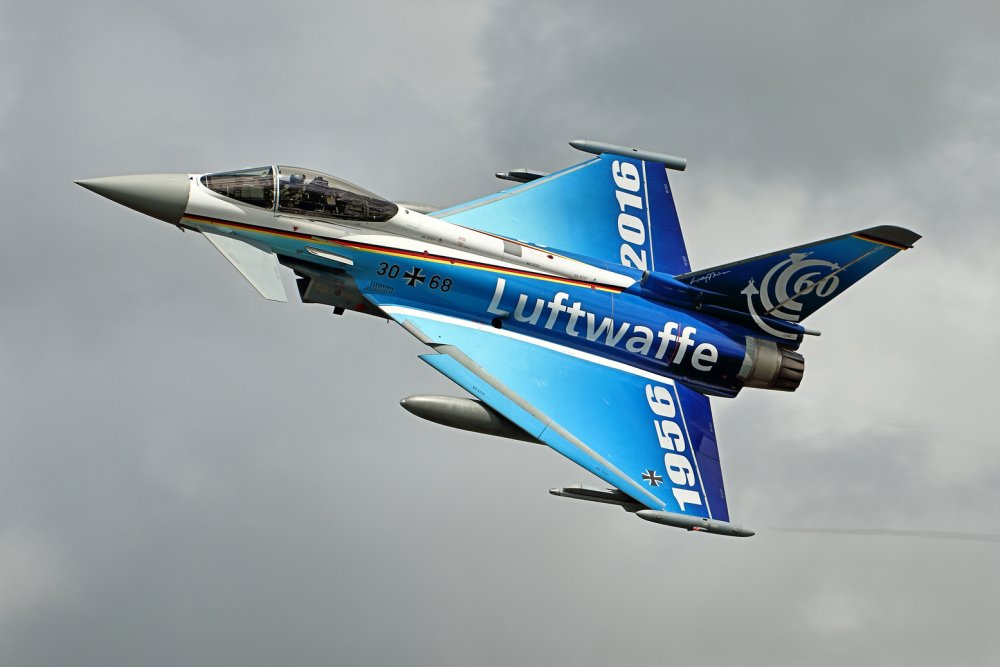 Top U.S. Air Force (USAF) and Pentagon officials are working to respond to the German query, the sources said.

Reuters reports that the German defense ministry asked the Pentagon in April on the possibility of certifying the Eurofighter to carry nuclear bombs.

Anonymous sources said Berlin would also like to find out how long is the certification process and the cost involved.

Top U.S. Air Force (USAF) and Pentagon officials are working to respond to the German query, the sources said.

Airbus is confident Eurofighter – a joint project with Britain’s BAE Systems and Italy’s Leonardo – could be certified by 2025. Sources familiar with the Eurofighter said it was possible to reconfigure the European jet to carry nuclear bombs.

But U.S. government sources say that schedule is ambitious given that the F-35 and other aircraft must be certified first. Washington has suggested it could take 7-10 years to certify the Eurofighter for nuclear missions, well beyond the Tornado’s retirement date, according to one German military source.

While urging Europe to boost defence spending, U.S. officials are worried about being shut out of European defence projects after 25 EU governments signed a pact in December to fund, develop and deploy armed forces together.

U.S. officials will also weigh whether the Eurofighter could survive a mission into enemy territory to drop a nuclear bomb without stealth capability at a time when Russia and other potential future enemies have bolstered their sensors and air defences, a second source said.

As we have previously reported the Luftwaffe has a shortlist of existing platforms to replace its Panavia Tornado fighter bombers from 2025 to 2030 but the service “preferred choice” is the Lockheed Martin F-35 Lightning II, a German Air Force official said at the International Fighter Conference on Nov. 8, 2017.

According to the same official in fact, the Lightning II can satisfy most of Germany’s requirements and offer other benefits as well.

“The Tornado replacement needs to be fifth-generation aircraft that can be detected as late as possible, if at all. It must be able to identify targets from a long way off and to target them as soon as possible. The German Ministry of Defence [MoD] is looking at several aircraft today, including the F-35 – it is commercially available already, has been ordered by many nations and is being introduced into service today, and has most of the capabilities required.”

But the German Defense Ministry said in a December letter to a lawmaker that the Eurofighter is the preferred choice to replace the Tornado fighter-bomber.

In fact in a letter to a Greens lawmaker who had inquired about the deliberations, the German Defense Ministry said U.S. fighters (the F-35 as well as Boeing’s F-15 and F/A-18 aircraft) were secondary options.

This article by Dario Leone originally appeared on The Aviation Geek Club in 2018.