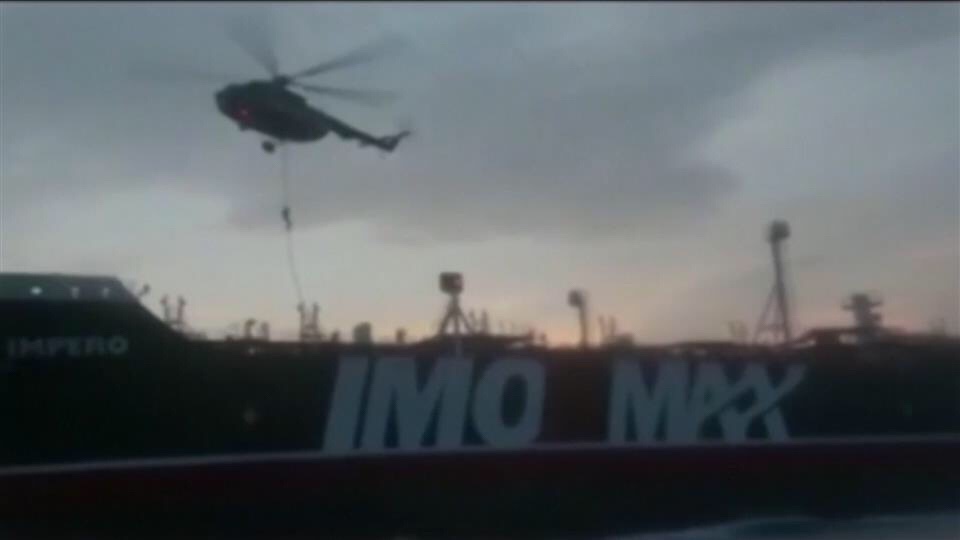 Britain, U.S. to Protect Shipping Through Strait of Hormuz From Iranian Threats

By Max Colchester in London and Isabel Coles in Beirut

Britain joined the U.S. in forming an international mission to protect shipping through the Strait of Hormuz from Iranian threats, the British government said on Monday, a decision that came after London struggled to build a European maritime coalition to safeguard ships in the region.

“Both the U.K. and U.S. are committed to working with allies and partners to encourage others to join and broaden the response to this truly international problem,” the U.K. government said.

The U.K. was dragged into the center of the simmering crisis between Iran and the West after Iran seized a tanker flying the British flag in July. The capture came after Britain seized an Iranian tanker the U.K. claimed was carrying oil to a sanctioned entity in Syria.

The U.S., meanwhile, has separately lobbied countries to join its effort to police the Middle Eastern waterway.

The latest effort represents an effort to fuse the British and American initiatives. According to the new mission, British navy ships will accompany commercial ships that are owned by U.K. companies, are carrying British cargo, have a British crew or are operating under the British flag. The Americans are expected to provide intelligence and reconnaissance information.

The mission is called the “international maritime security construct” to convey the impression that it is an international initiative that is not run by the American military, which originally referred to it as the Sentinel program.

More nations will be invited to join, which will be necessary if more tankers need projection.

British naval vessels are there to protect British merchant traffic, and the British naval presence will be reduced if the Iranian threat to shipping diminishes. This is a signal to Iran that Britain isn’t building up its Persian Gulf presence indefinitely, a British official said.

Britain currently has a frigate and a destroyer in the Gulf along with four minesweepers. The U.K. government previously said it would escort British shipping through the strait, through which it has already accompanied 47 ships. The government on Monday didn’t mention any extra Royal Navy ships being sent to the region.

The U.K. has been caught between diverging foreign-policy goals over Iran. Britain, along with its European Union partners France and Germany, is seeking to defend a nuclear accord with Iran and wants to avoid further antagonizing the country. The U.S., meanwhile, is taking a more forceful approach to Iran, and has repudiated the agreement. Britain initially tried to build a maritime coalition with France and Germany, but the project struggled to gain traction.

“Our approach to Iran hasn’t changed. We remain committed to working with Iran and our international partners to de-escalate the situation and maintain the nuclear deal,” Foreign Secretary Dominic Raab said.

Britain’s new prime minister, Boris Johnson, has repeatedly stressed the importance of building closer ties to the U.S. With the U.K. set to leave the EU this fall, Mr. Johnson is eager to bolster trade and security relations with Washington.

Mr. Raab is due to travel to the U.S. this week to meet with officials. Mr. Johnson is due to meet President Trump at the end of the month. The two leaders have spoken twice by phone. 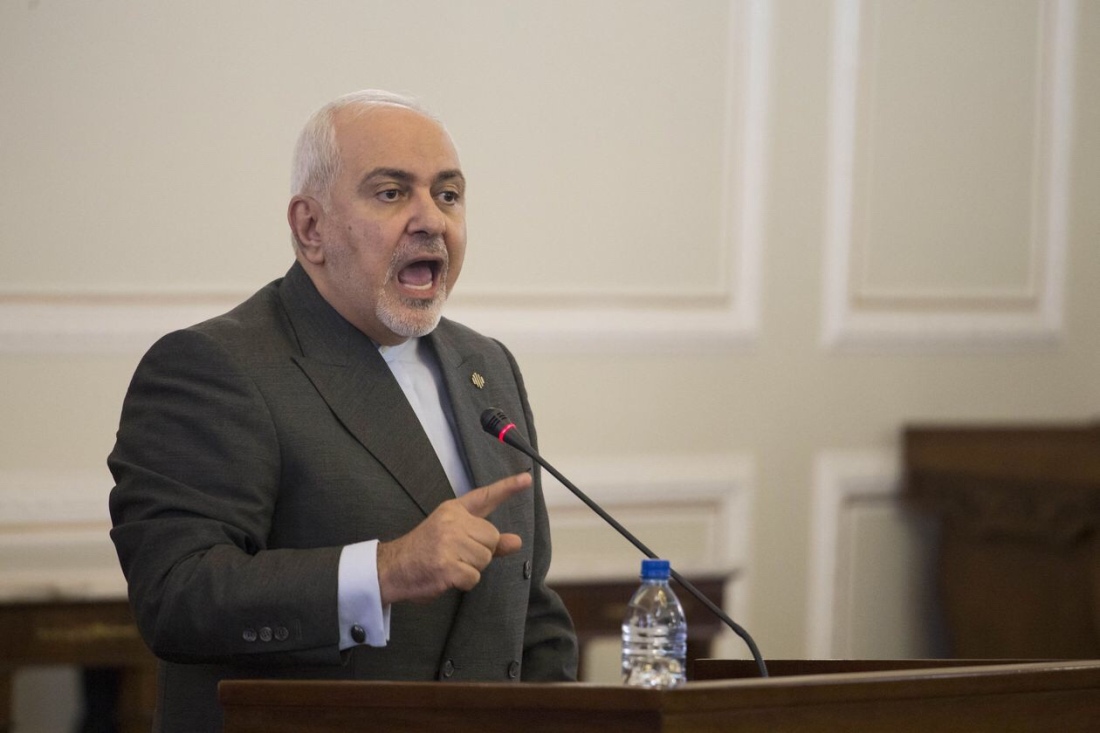 Iranian Foreign Minister Javad Zarif on Monday denied that Iran’s seizure of a British-flagged tanker in the Strait of Hormuz in July was a retaliation for the earlier detention of a tanker carrying Iranian oil. Photo: Rouzbeh Fouladi/Zuma Press

Iran Foreign Minister Javad Zarif on Monday denied that Iran’s seizure of a British-flagged tanker in the Strait of Hormuz in July was a retaliation for the earlier detention of a tanker carrying Iranian oil. British authorities intercepted the Iranian tanker off the coast of its overseas territory in Gibraltar, saying it was on its way to deliver oil to a refinery in Syria that is under EU sanctions.

The British-flagged Stena Impero was detained because Iran will no longer turn a blind eye to misconduct and wrongdoing in the Strait of Hormuz, Mr. Zarif said. His comments came a day after Iran seized a vessel it identified as Iraqi, allegedly smuggling fuel in the Persian Gulf.

Iran says it is trying to maintain maritime security in the region. But its officials also have repeatedly warned they would block the Strait of Hormuz—through which a third of the world’s seaborne oil is transported—in response to crippling U.S. sanctions.

Iran has accused the Europeans of not providing adequate relief from American pressure. “The Europeans should note how much they want to be a hostage of the U.S.,” Mr. Zarif said.

Iran’s minimum expectation is for oil exports to be restored to 2.5 million to 2.8 million barrels a day—their level before the U.S. unilaterally withdrew from the nuclear accord in May 2018, Mr. Zarif said. Iran’s oil exports have plummeted since the U.S. ended waivers for importers of Iranian crude this year, prompting Tehran to assume a more-aggressive posture in response, some analysts said.

“The U.S. can’t be arsonist and firefighter at the same time in the Persian Gulf. It [the U.S.] is responsible for the current tension and instability in the region,” Mr. Zarif said.

Mr. Zarif said the U.S. decision to impose sanctions on him last week came after he refused an invitation to meet with members of the Trump administration during a recent visit to the U.S. 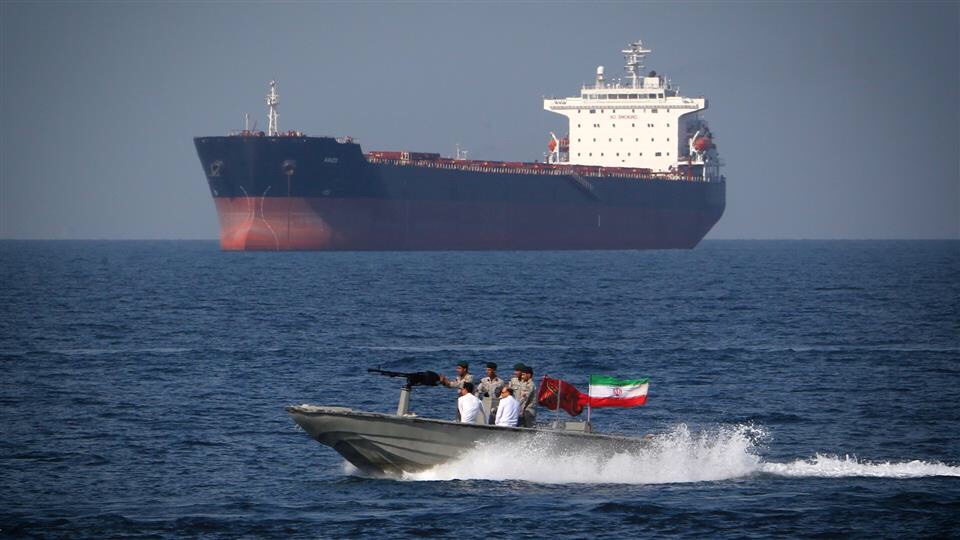 Oil, Defense and Sanctions: Why the Strait of Hormuz Is So Volatile

As tensions between the U.S. and Iran rise, a series of incidents has put a strategic maritime waterway back into the spotlight: The Strait of Hormuz. WSJ’s John Simons explains. Photo: Getty Images

—Michael R. Gordon in Washington contributed to this article.