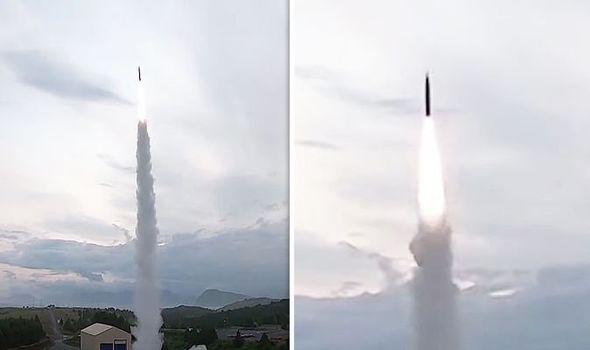 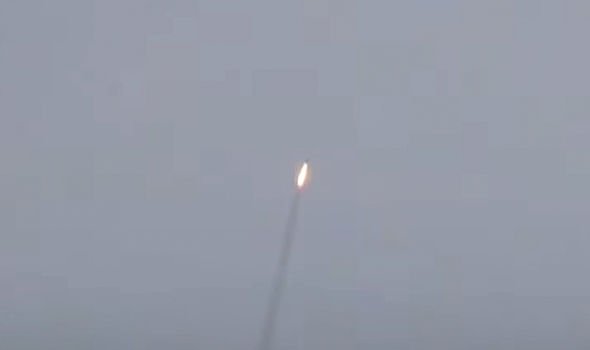 The US and Israel launched their Arrow 3 missile days after Iran tested a new mid-range ballistic missile in an apparent sign of defiance towards Washington’s demands to end their nuclear development programme. The test of the jointly developed defence system was hailed as a “major milestone” in the collaboration between the US and Israeli military. Speaking following the launch at the Pacific Spaceport Complex-Alaska, Missile Defence Agency director Vice-Admiral Jon Hill said: “These successful tests mark a major milestone in the development of the Arrow Weapon System.

“This unique success in Alaska provides confidence in future Israeli capabilities to defeat the developing threats in the region.

“We are committed to assisting the government of Israel in upgrading its national missile defense capability to defend the State of Israel from emerging threats.”

Moshe Patel, the director of the Israel Missile Defense Organisation, insisted the success of the tests in Alaska demonstrated the Arrow 3 defence system could help both Israel and the US face “any threat.”

Mr Patel said: “Ten challenging years of development have culminated in this moment – the Arrow 3 weapon system completed a test campaign, during which an Arrow 3 interceptor completed full interception of the target.

“In addition, the fact that the tests were conducted in Alaska, tens of thousands of kilometers away from Israel, is another significant achievement that demonstrates the operational capabilities of the Arrow 3 system to successfully face any threat.”

Tension has been mounting in the Middle East as Tehran and the US continue to engage in a series of skirmishes over US President Donald Trump’s decision to withdraw his support from the Iran nuclear deal.

The agreement, originally brokered by former US President Barak Obama, was aimed at monitoring and controlling Iran’s nuclear capabilities.

Earlier this month President Trump announced a new swathe of sanctions against Tehran after the Iranian Government confirmed they would exceed the limits of enriched uranium they are permitted to hold under the deal.

Iran: War threat with the US is ‘very significant’ says expert 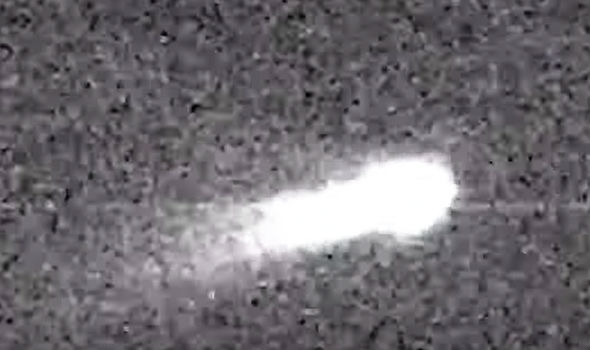 Iran news: The IMDO hailed the launch as proof Arrow 3 can “face any threat” (Image: REUTERS•ISRAEL MINISTRY OF DEFENSE)

Iranian Foreign Minister Mohammad Zarif warned the US the Middle East is “ready to explode” as he called on Washington to stop arming countries in the region.

Speaking to NBC, Mr Zarif said: “American weaponry is going into our region, making our region ready to explode.

“If they want to talk about our missiles, they need first to stop selling all these weapons, including missiles.”

US State Secretary Mike Pompeo offered to travel to Tehran for emergency talks with the regime but later claimed he had been rejected.