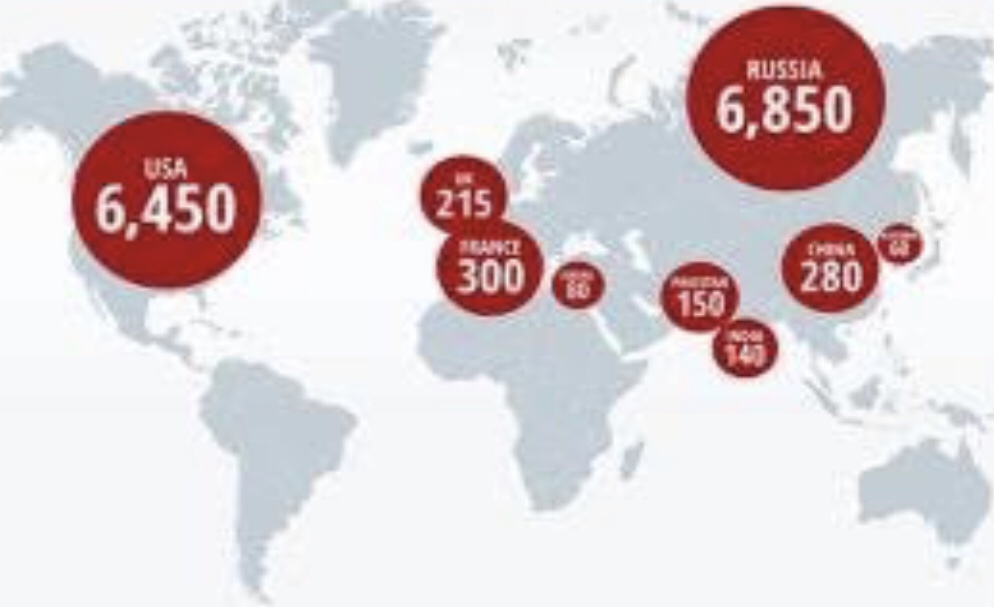 The World Of Nuclear Weapons Interest

The invention of nuclear weapons has generated a different picture in the world of diplomacy and international relations. No doubt that nuclear weapons can be seen as one of the most important discoveries in the world of power-politics. This discovery has led to a different wavelength in terms of a country’s foreign policy arrangement and security. In this write-up, efforts would be made to dilute the reason behind a country’s quests to harvest nuclear weapons against international institutional outcry, the actions or inactions of states after the acquisition of nuclear weapons and their foreign policy directions and other matters of importance.

The dynamics in world politics have been changing with regards to the world’s technological development coupled with security apparatuses. Nuclear weapon is a legacy of the post-WWII reality. But it is a fact that there has never been a use of nuclear weapons since 1945 (except a brink of the Cuban Missile Crisis in 1962 and the Yom Kippur War in 1973) and this achievement is something that must not be taken for granted. The number of countries on the ladder of interests to possessing nukes has slowly increased over the past seven decades, despite the fact that no country has ever used same against the other. Even though there are instances where emotions of states went so high and very close to firing a nuclear bomb at another country, restraint ends up carrying the day. Countries lacing their boots to be forcibly part of the nuclear club have reasons best cherished by them. And such reasons could be reasonable or factually wrong incomprehension.

As indicated earlier, the dynamics in world politics and power have sharply shifted in line with a country’s technological advancement. For this reason, most countries have a firm belief that they can execute their foreign policy and portray same in the best limelight with assured security provided they have full backing weapons in their inventory. This belief is in line with their assertion that attacking another with nuclear-armed power is obviously a misplaced priority because it risks one’s own Mutual Assured Destruction (MAD); no political or economical gains could be worth the costs of being hit by even a spoonful of nuclear bombs in retaliation. It is not always the case that you attack a country using nuclear weapons. However, you can attack nuclear-armed countries with conventional forces as Egypt and Syria did in the 1973 Yom Kippur War. But the consequences thereafter is more than the eye can see.

Interestingly, nuclear weapons are the ultimate big stick or yardstick with which certain countries treat others with respect. Some countries felt threatened whenever they have a major foreign policy to execute. They felt that their sovereignty as a country, wherewithal or power to execute foreign policies or internal policy arrangement to the best of their abilities and capabilities and for the country’s interest have been threatened by a superpower who sits in another country to determine how things should be done in someone’s own. This threat, to them, is simply the lack of military power in a form if deterrents. For this reason, some countries do all that they could to amass huge quantity of uranium to hit the tedious journey of nuclear production. Countries in this line of thoughts believe that possessing nukes is SIMPLY POSSESSING OR BUYING ONE’S OWN FREEDOM. This belief which is at the heart of countries like North Korea and Iran who are on the journey to the nuclear acquisition warehouse could be hard to reposition their beliefs. An Iranian citizen not long ago posits that nuclear-armed States treat one another with the needed respect even when sometimes, is difficult to broker peace. However, the case is actually different with respect to non-nuclear-armed States. He said.

In the world of commerce, countries with the zeal to joining the nuclear community believe that only the peaceful and advanced nations are taken seriously regarding various matters related to trade, military etc. Nuclear capabilities make a nation seen as both powerful and technologically advanced. This notion of interested countries to wage into the business of nuclear production hinted that the resultant impact of being recognized globally boosts investor confidence. So the need to venture into such a military-lucrative-economic but dangerous path.

However, countries do turn to act weird after the acquisition of nuclear weapons. Their foreign policy direction changes swiftly against countries of non-nuclear stockpile, they revisit most foreign policies or agreements initiated with other countries which were not in their favour. They threaten other states for the simple reason that they have a strong military history to write home about. On that, they step on the toes of other countries and expect them to keep mute. This is a clear case of complacency exhibited by freshers or ambitious countries into the nuclear community. Could this be the thoughts/thinking of both North Korea and Iran?

It is pathetic that some countries see nuclear weapons as a means of assured peace over their backyard. Could this be the failure of UN/NPT? I believe that India would disarm if Pakistan and China did, and Iran’s interest in nuclear weapons production is because Israel has it. Get Russia, USA, and China to disarm and the world would have a zero deployed weapons. The failure to enforce proliferation on Pakistan was a fatal strategic error and that of North Korea compounded the issue – to say that Iran is taking a cue from the supposed ‘successes’ of North Korea to possessing nuclear weapons is an understatement.