Yesterday, it was claimed Vladimir Putin has a secret plan to launch a war on Europe while the rest of the world is distracted. Heinrich Brauss, a retired German lieutenant general, said while NATO’s attention is focussed on issues world leaders have deemed more pressing, the Kremlin is plotting a regional war with member states right under their noses, with the aid of nuclear weapons. President Putin may turn his attention to his six new Russian strategic weapons unveiled in March 2018.

However, there is one that will have the US more hot under the collar than the rest.

The 9M730 Burevestnik is a nuclear-powered, nuclear-armed cruise missile, which officials have claimed has unlimited range and the potential to outmanoeuvre any defence.

Given the missile has an on-board nuclear reactor, the missile is the first of its kind for any nation – largely given the engineering challenges and safety concerns involved

According to US military intelligence, only one of 13 known tests of the missile has been moderately successful. 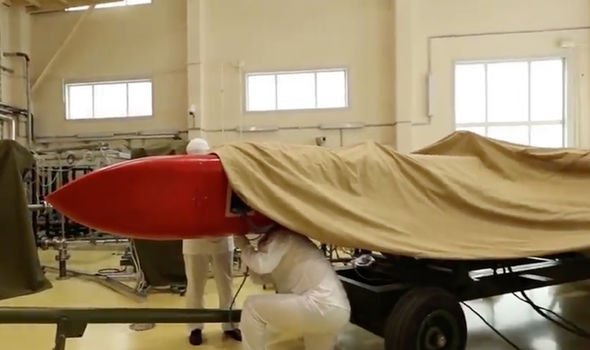 During its flight, the nuclear-powered engine reached its design capacity and provided the necessary propulsion

However, the latest test, in January 2019, is believed to have gone smoothly, The Diplomat reports.

Despite this, in his original speech unveiling a suite of new weapons before the Russian Federal Assembly in March 2018, Russian President Vladimir Putin claimed it had already passed a trial two years earlier.

He said: “In late 2017, Russia successfully launched its latest nuclear-powered missile at the Central training ground.

“During its flight, the nuclear-powered engine reached its design capacity and provided the necessary propulsion.”

He additionally claimed that the missile’s range was “unlimited” and that it could “manoeuvre for as long as necessary”.

According to Pavel Podvig, director of the Russian Nuclear Forces Project, this will be a “truly revolutionary weapon”.

While original plans were for the missile to be unveiled in 2020, Putin may look to unleash it earlier.

The Burevestnik was announced alongside a range of new nuclear weapons, including the Avangard, a hypersonic boost-glide reentry vehicle, the Poseidon, an autonomous thermonuclear torpedo, the Sarmat, a new intercontinental-range ballistic missile, and the Kinzhal, an air-launched ballistic missile.

The latest test precedes the US notice of withdrawal from The Intermediate-Range Nuclear Forces Treaty (INF) on October 2018, after Russian violations of the agreement.

In response, US President Donald Trump announced the release of the 2019 US Missile Defence Review, calling for the development of new technology to augment existing capabilities again cruise and ballistic missile threats. 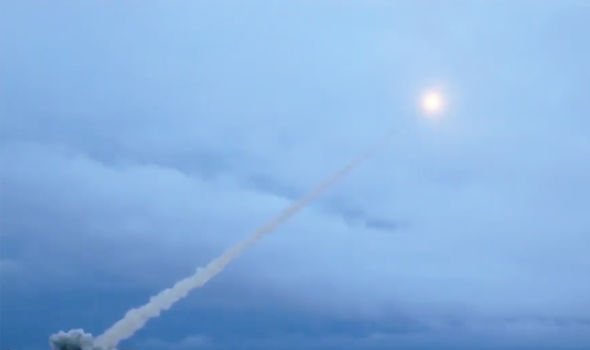 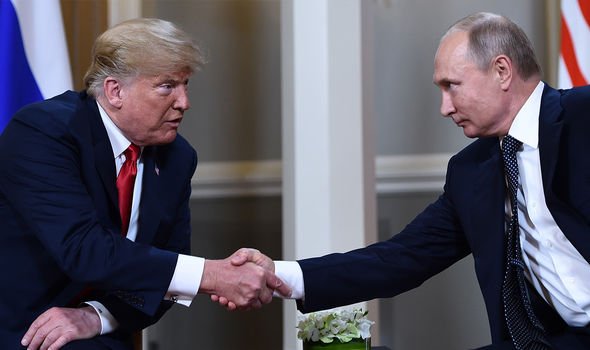 Tensions are high between the US and Russia (Image: GETTY)

Military experts are alarmed by the fact Russia continues to arm itself with super and hypersonic missiles.

The US has also been urged to disarm along with Russia, as tensions between the two nations threaten to replicate the heights seen during the Cold War.

External Representative Federica Mogherini said on behalf of the EU she was deeply concerned and warned of a new arms race.

It comes as the three global superpowers – Russia, the US and China are all battling for domination in unclaimed territory.

Beijing has claimed waters in the South China Sea, Moscow has claimed ice in the Arcticregions and the US is battling for space.