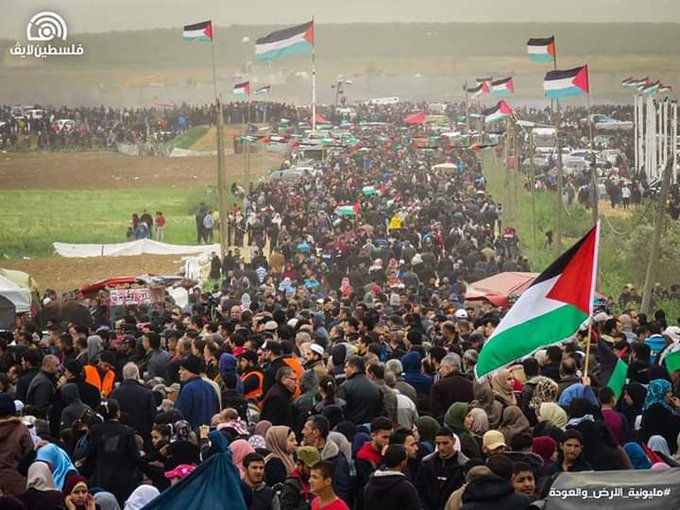 Palestinians flock to Gaza fence for ‘right to return’ protests

Gaza officials call on Palestinians to demonstrate against Israel’s occupation and that “land is not for sale,” an apparent reference to leaked details of US’ controversial “deal of the century.” 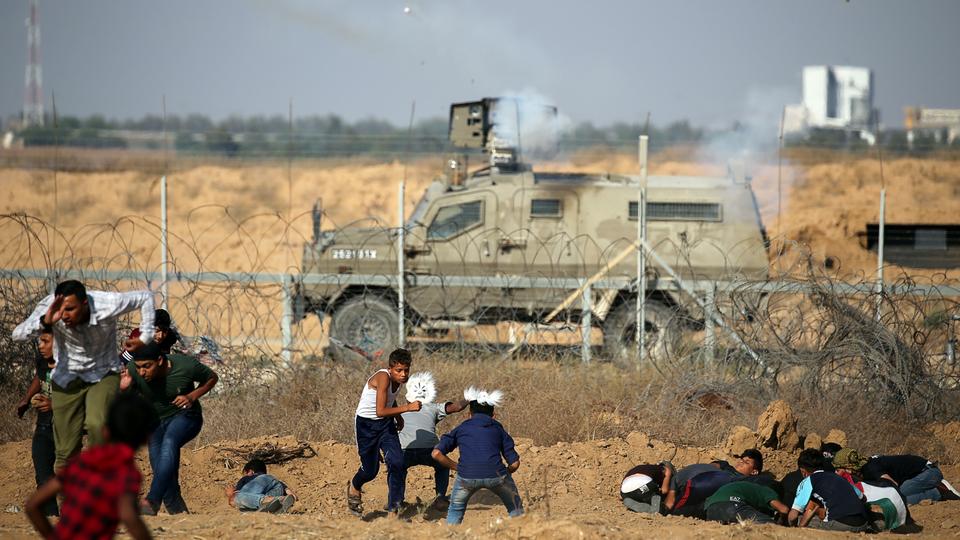 Palestinians on Friday converged near the fence that separates Gaza from Israel, to demonstrate against Israel’s decades-long occupation of Palestinian territories.

Gaza’s National Authority for Return and Breaking the Siege (NARBS), which organises weekly rallies, called on Palestinians to demonstrate and affirm that “land is not for sale” – an apparent reference to the leaked details of the US compromise peace plan.

Today is the 63 Fridays of The #GreatRetunMarch #Gaza protest along Gaza-Israel separation fence, ppl are preparing themselves to walk again for their freedom in few hours from now. I ‘ll be covering the news, stay closed…

“The Palestinian masses, taking to streets just before the US-led conference in Manama, are conveying to the participants that Palestine is not an economic issue, but a movement to liberate the land from the occupation and to ensure return of our people to their home,” the spokesman for Palestine’s Hamas resistance movement – which governs Gaza – Abdul Latif al Qanua said in a statement on Friday.

“Our people have the strength, the will, and the steadfastness, that qualifies them to adhere to their land, and to foil all projects aim at liquidating their just cause,” he added.

Since the Gaza rallies began in March last year, nearly 270 protesters have been killed – and thousands more wounded – by Israeli troops deployed near the buffer zone.

Demonstrators demand an end to Israel’s 12-year blockade of the Gaza, which has shattered the coastal enclave’s economy and deprived its two million inhabitants of many basic amenities.

Controversial ‘deal of the century’

On May 18, Washington announced plans to convene a conference in Manama – the capital of Bahrain – on June 25-26, where US officials are expected to unveil economic features of the so-called “deal of the century” – a Middle East compromise plan between Palestinians and Israelis.

Based on leaks in the media, the plan envisages to make major concessions to Israel regarding the status of Jerusalem city and also regarding the right of Palestinian refugees to return to their homes in historical Palestine.

Palestinians have already rejected the deal.

Why Palestinian Terror Continues Outside the Temple Walls (Revelation 11)

The New Cold War with the Chinese Nuclear Horn (Daniel 7)

Khamenei’s Prayers Are About to be Heard (Revelation 18:10)