US would need ‘one million soldiers’ to invade Iran, warns Brit admiral

US FORCES would need at least one million soldiers to defeat and occupy Iran in what could be another Iraq War-style quagmire, a top Brit admiral has warned.

US would win war against Iran in ‘two strikes’ says Senator

Iran and the US have been at loggerheads in recent weeks as Washington dispatched warships and warplanes to the region citing “credible threats’” from Tehran.

He told Daily Star Online the US would need at least one million troops to successfully pacify Iran, and a half-baked attack could throw the region further into chaos.

The 50-year Royal Navy veteran warned “idiots” in both the US and Iran are dangerously hyping tensions.

It comes amid disputed reports the US is dusting off Iraq War-era plans to deploy 120,000 troops to the region.

He urged the West to do more to come to the table with Iran or face the possibility of a “nuclear war in the Middle East”.

Iran is restarting its missile programme in response to US sanctions would started a new arms race with the UAE and Saudi Arabia, the admiral warned.

“You would need a million men”

Admiral Lord West told Daily Star Online: “I think Donald Trump himself doesn’t want there to be a conflict – but there are powerful factions in Israel, Saudi Arabia and the US who believe an attack would be a good thing.

“This includes John Bolton. They think they would destroy the Iranian armed forces, there would be regime change, and all the garden would be rosy.

“The only problem with that is – they would be completely wrong.”

He added: “They don’t want to invade Iran, they went there to be a nice fold over into a new regime.

“And if you don’t get that, then you get this hostile regime causing mayhem in the region with terrorist proxies and missiles.

“Invading Iran, taking it over, and then coercing into becoming a different sort of country, you would need a million men. “ 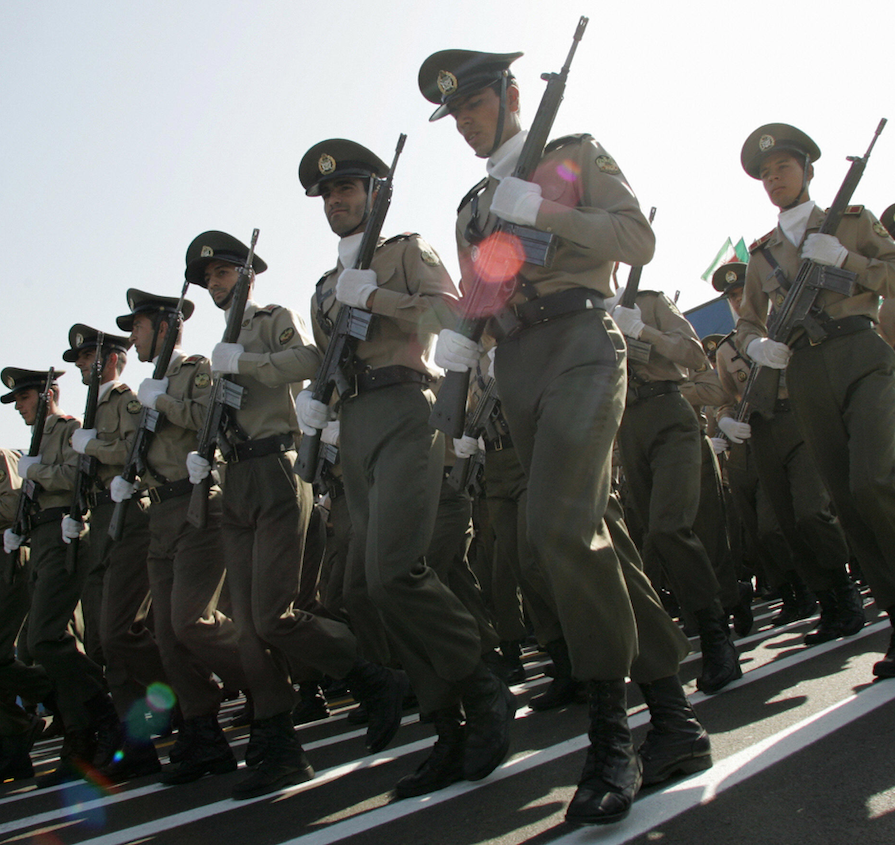 BREAKING POINT: Iran has accused the US of waging a ‘psychological war’ on them (Pic: GETTY)

Admiral West – who was the last man to leave the sinking HMS Ardent during the Falklands War – described sabre rattling from both sides as “extremely dangerous”.

US forces have sent aircraft carrier USS Abraham Lincoln and a group of B-52 bombers to the Middle East as they publicly cite an imminent danger posed by Iran.

British general Chris Ghika undermined the US warnings on Iran, saying there is “no increased threat” – as Washington evacuated “non-emergency” staff from its missions in Iraq.

US Central Command however contradicted Major General Ghia – saying his comments “run counter to identified credible threats available to intelligence from the US and allies”.

Tehran has reportedly moved missile boats in the Persian Gulf, and the US suspect the regime of being behind sabotage attacks on four oil tankers.

Royal Navy hero Admiral West said while Iran is a “bloody nuisance” – US politicians are making a mistake in thinking it would a “quick war” like “lancing a boil”. 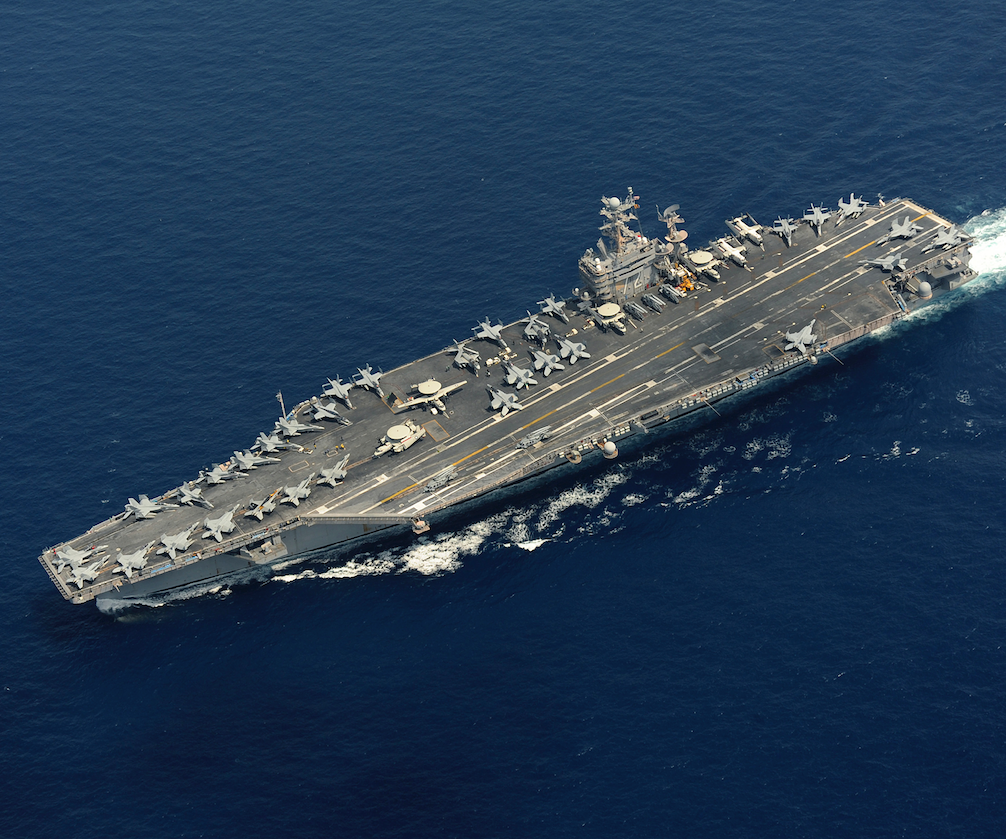 RING OF STEEL: USS Abraham Lincoln and her strike group have moved into the Middle East (Pic: GETTY) 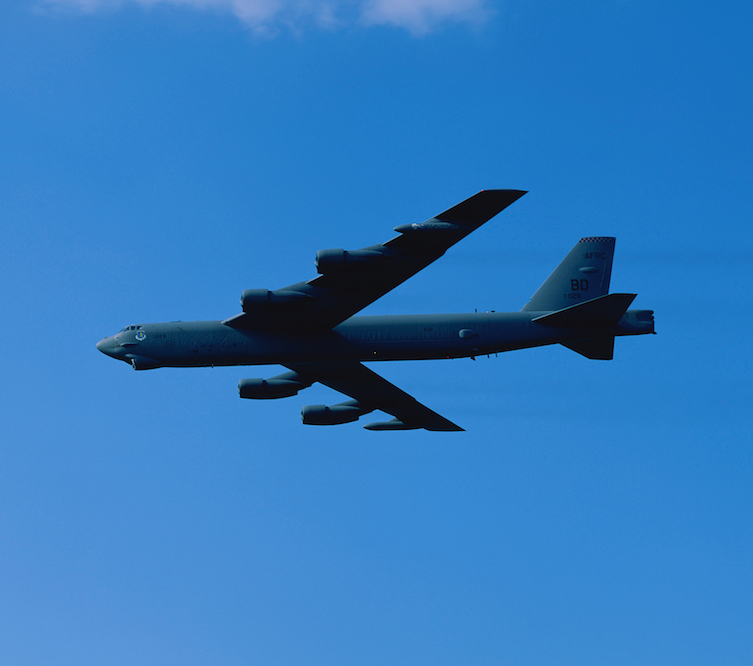 SWOOP: B-52 Bombers have been deployed to Qatar by the US (Pic: GETTY) 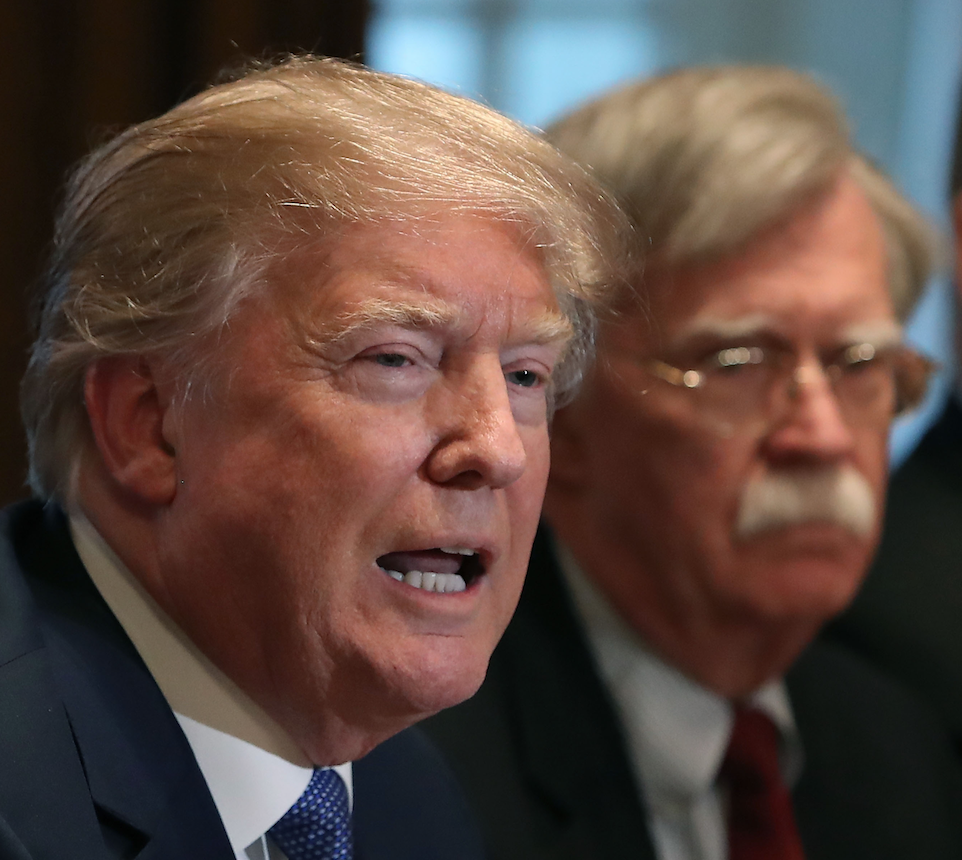 He told Daily Star Online: “If the US and Britain couldn’t beat Iran in a straight bang-on-bang contest they we should all go home.

“But what we can’t do unless we go onto a war footing and having conscription is have a sufficient number of troops to go occupy the country.

“It is such dangerous loose talk, and its all well and good being ‘aren’t we clever, we can shoot down your planes and sink your ships’ – but you haven’t finishing winning the war.

“That what the real problem is and thats what these idiots who are saying lets go to war with Iran don’t understand.

“I don’t think they are clever enough to understand, they know nothing about wars.” 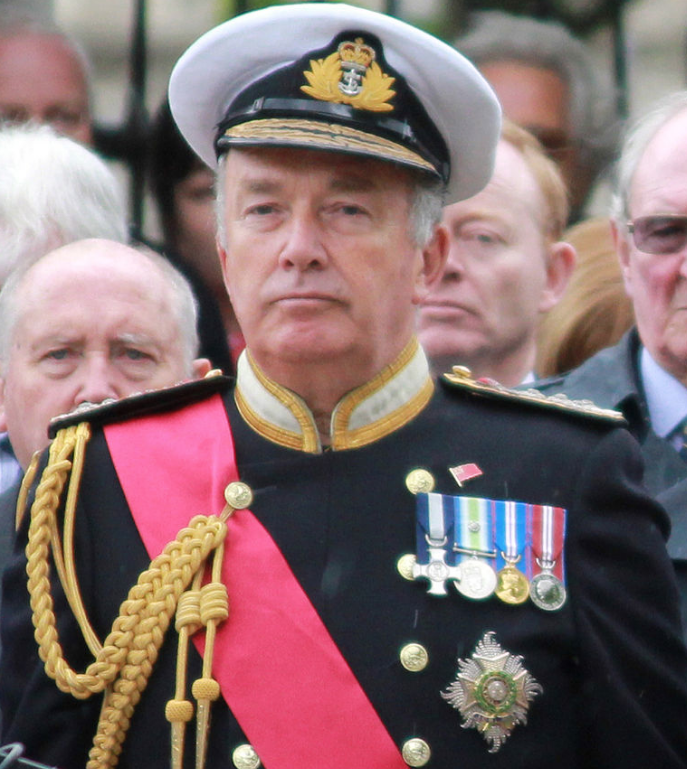 Iran: Tensions with US at a ‘dangerous point’ says expert

Admiral West compared a possible conflict to the Iraq War, and feared should the US attack the same failures would happen during “Phase IV”.

“Phase IV” referred to the stabilisation of a nation after winning the initial engagements.

The invasion of Iraq lasted just over a month, followed by eight years of violence and turmoil.

“The US said they were handling it, but we all know they didn’t have a bloody clue what was happening. Iraq’s in a bloody mess” Admiral West said.

He added Iranian-funded terrorist would continue to cause chaos in the Middle East.

And there would be the threat of more wide-ranging missile attacks unless all the regime’s secret bases can be knocked out in one swoop. 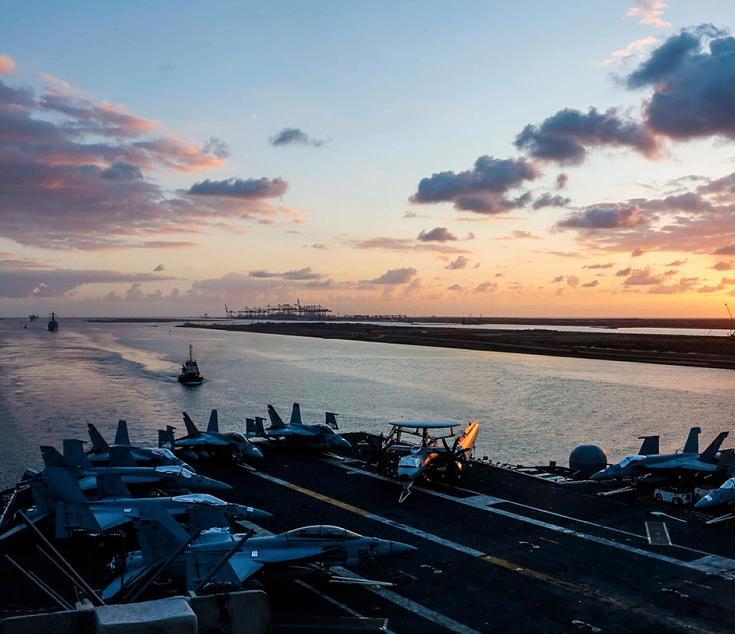 ON THE MARCH: USS Abraham Lincoln sails down the Suez Canal amid the threat from Iran (Pic: REUTERS)

Admiral West added however he considers Iran’s current regime a “bigger problem” than Iraq in 2003.

He still however urged caution, adding an attack on Iran could also destabilise the global economy due to the risk to shipping in the Gulf.

“Until you have destroyed all the Iranian swarm vessels, their mines, their submarines and their aircraft, no one is going to want to take a tanker through there,” he said.

“The impact of the global economy would be huge.”

Urging more talks he called for the US to end “draconian sanctions” that might push Iran toward restarting their nuclear programme. 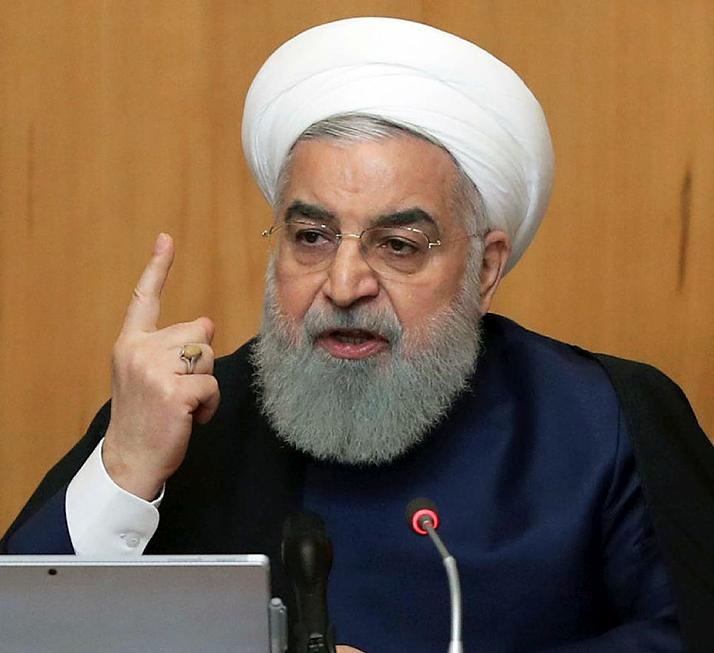 And Admiral West aded should a conflict erupt between the US and Iran, Britain will inevitably be roped into the war.

Britain will so how have to be ready to defend ourselves and we will be dragged into it.

“Our forces are so folded in with the Americans, and the Iranians will assume we are involved,” he said.

“Britain will have to be ready to defend itself.”

Iran’s foreign minister Mohammad Javad Zarif has warned Trump is being “pushed towards war” by people around him.

And the US President has said he wants to avoid conflict, saying “I hope note” when asked if the US are going to war with Iran.