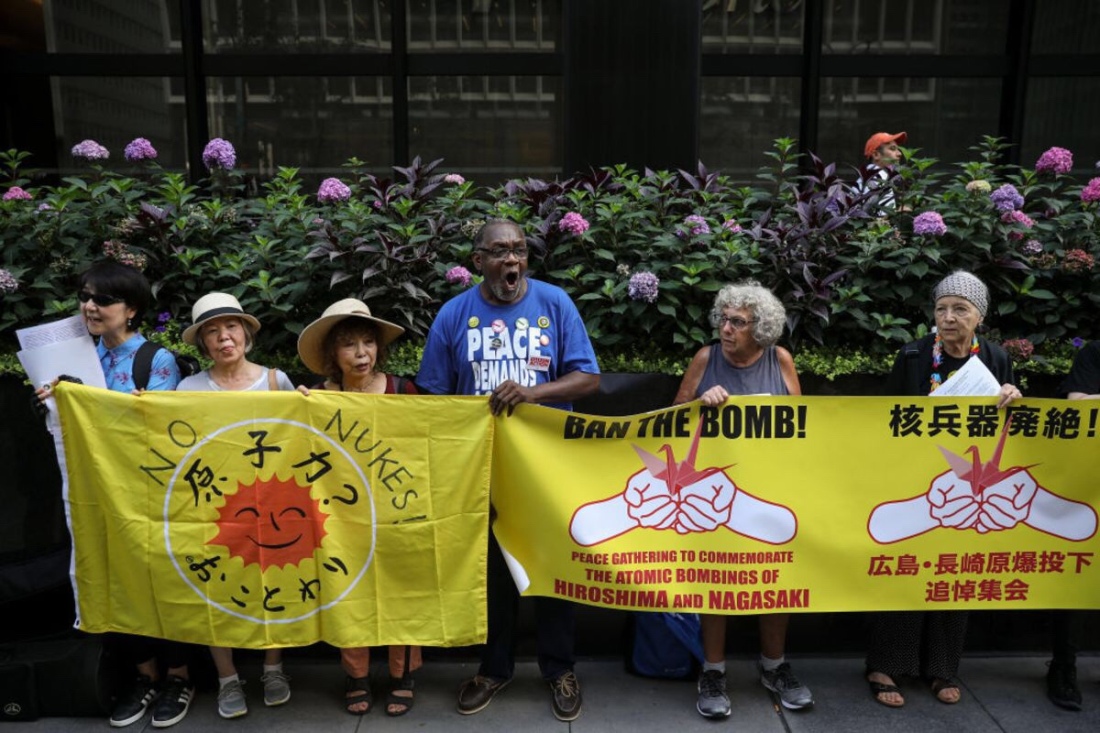 They have their priorities straight.

Worry about nuclear weapons has faded, but the threat has not.

Tyler Cowen is a Bloomberg Opinion columnist. He is a professor of economics at George Mason University and writes for the blog Marginal Revolution. His books include “The Complacent Class: The Self-Defeating Quest for the American Dream.”

One of the most striking facts of today’s world is that young people do not seem to worry very much about nuclear war. Climate change is by far the larger concern, while nuclear war is seen as a threat of the past. As Chapin Boyer, who is in his late 20s, wrote in the Bulletin of the Atomic Scientists a few years ago: “I cannot remember a time when the threat of nuclear weapons seemed real. … My generation grew up believing that the problem of nuclear weapons had been solved.”

In contrast, I am inclined to think that the risk of nuclear war remains the world’s No. 1 problem, even if that risk does not seem so pressing on any particular day.

In the 1950s and ’60s, fears of nuclear war were palpable. In 1951, the president of Harvard wrote a letter to his 21st-century successor. “There are many who anticipate World War III within the decade,” James B. Conant wrote, “and not a few who consider the destruction of our cities including Cambridge quite possible.”

It turned out such views were too pessimistic, perhaps overly influenced by still-fresh memories of two earlier world wars. But if Conant’s generation was extrapolating too much from recent experience, might we be making a similar mistake? Nuclear weapons have not been used against humans since 1945, and we are now assuming they will remain dormant for the rest of history.

Each generation has its own form of recency bias, as it is called in behavioral economics. Just after Sept. 11, for example, there was great concern about follow-up attacks. (Thankfully, nothing comparable followed.) Now we worry a lot — maybe too much — about insolvent banks, insufficiently high inflation, and the Chinese shock to U.S. manufacturing.

So what about nuclear war? Looking forward, the reality is that the risks of such a war are quite small in any particular year. But let the clock run and enough years pass, and a nuclear exchange of some kind becomes pretty likely.

I have found that people with a background in financial market trading are best equipped to understand the risks of nuclear war. An analogy might be helpful: Say you write a deeply out-of-the-money put, without an offsetting hedge. This is in fact a very risky action, though almost all of the time you will get away with it. When you don’t, however — when market prices move against you — you can lose all of your wealth quite suddenly.

In other words: Sooner or later the unexpected will come to pass. The correct intuitions about this kind of risk do not always come easily to the inexperienced investor. In similar fashion, shortsighted voters do not appreciate the ongoing risk of nuclear war.

So, combining that insight about risk with the phenomenon of recency bias, I return to my original thought: We should be very worried indeed about nuclear weapons. They are all still there, and most of them probably still work. We can never be quite sure about the accuracy of the systems for early detection of incoming missiles, and whether there might be false signals of a launch, as there were in 1983.

There are also reasons particular to the present moment to be concerned about nuclear weapons. They are becoming easier and cheaper to build, and it is not implausible to think that nations such as Iran, Turkey and Saudi Arabia might get them in the next 20 years, to the detriment of regional stability. North Korea keeps adding to its stockpile of nuclear weapons and improving the quality of its delivery systems.

Meanwhile, a generation of hypersonic delivery systems, being developed by China, Russia and the U.S., will shorten the response time available to political and military leaders to minutes. That raises the risk of a false signal turning into a decision to retaliate, or it may induce a nation to think that a successful first strike is possible. Remember, it’s not enough for the principle of mutual assured destruction to be generally true; it has to be always true.

Like Dr. Strangelove, we learned to stop worrying and to love the bomb. Let us not forget that the bomb never will love us.

(Corrects name of former president of Harvard in third paragraph.)

This column does not necessarily reflect the opinion of the editorial board or Bloomberg LP and its owners.

The Nations Trampling Outside the Temple Walls (Revelation 11)

The Plague Continues to Spread (Revelation 6:8)