March 3, 2019 10:39 A.M. (Updated: March 3, 2019 3:24 P.M.)
GAZA CITY (Ma’an) — Israeli warplanes carried out airstrikes targeting resistance sites belonging to the Hamas movement, on late Saturday, in the southern and central besieged Gaza Strip.Local sources said that Israeli warplanes targeted two resistance sites, in southern and central Gaza.
No injuries were reported.
Meanwhile, hundreds of Palestinians arrived to the eastern borders of southern Gaza to participate in “Night Confusion” protests against the nearly 12-year Israeli siege.Sources added that protesters ignited dozens of rubber tires on fire near the Israel-Gaza electric security fence.According to Hebrew-language news outlets, loud explosions were heard by residents in the Israeli communities surrounding Gaza, which reportedly were explosive devices thrown by Palestinians towards Israeli forces situated along the border.For several weeks, hundreds of Palestinian protesters, have been organizing, as well as participating in night protests, during which they set tires on fire and chant slogans through loud speakers, while marching towards the border with Israel. These protesters are also known as the “Night Confusion” unit.

Report: New York City is overdue for a major earthquake

If a 5.0 Earthquake were to hit New York City, there could be $39 billion dollars worth of damage and 30 million tons of rubble… and experts say the city is overdue, according to the Daily Mail. Veuer’s Sam Berman has the full story.

At least one person in the Rochester area reporting feeling the second small earthquake to strike under Lake Ontario in the last week.

The latest temblor, which had a magnitude of 2.4,  occurred shortly before 5:30 p.m. Tuesday. It was 6.2 miles below the surface.

The epicenter was about 7 ½ miles out from the Canadian shore of the lake, roughly 23 miles east-southeast of downtown Toronto and 75 miles west-northwest of the Charlotte pier in Rochester.

Tuesday’s quake comes just four days after a 1.5-magnitude temblor was detected under the lake about 22 miles north of the Ontario-Williamson town line in Wayne County. That quake struck just before 4 a.m. Friday and occurred about 3¼ miles below the surface.

No one reported feeling that tremor, which was much too small to do damage.

But social media lit up Tuesday evening with surprised statements by people in metropolitan Toronto who felt the Earth shudder, and the U.S. Geological Survey received 20 reports from people who sensed the quake.

The Geological Survey releases only the location of respondents, not names.

Why one person in Victor would feel the tremor at a distance of 90 miles isn’t clear. Generally, smaller quakes tend to be felt by relatively few. People who are indoors on an upper floor and who are in a quiet environment with few distractions are most likely to sense such a quake, experts say.

According to the non-linear math of earthquake science, Tuesday’s tremor was eight times bigger than the one last week, and released 22 times more energy. At magnitude 2.4, it was near the threshold where property damage is possible. None was reported.

Small earthquakes of this nature are common in New York and eastern Ontario. Nine temblors have been measured so far this year in New York. Tuesday’s was the first in Ontario, according to a list maintained by the Lamont-Doherty Earth Observatory.

We never recognised India and Pakistan as nuclear-weapon states: China

China Foreign Ministry spokesperson Lu Kang on Friday said that the country never recognised India and Pakistan as the nuclear weapon states. Lu Kang also said that China’s position on the Treaty on the Non-proliferation of Nuclear Weapons (NPT) remains firm and unchanged.

Lu Kang’s statements came when he was asked if China accepts the Democratic People’s Republic of Korea (DPRK) as a nuclear power similar to India and Pakistan.

“China always maintains that India and Pakistan should continue to take more positive measures to create an enabling atmosphere, strive to resolve all outstanding issues between them through dialogue, and jointly stay committed to keeping the region peaceful and stable. China also has all along been encouraging them to do so,” he said.

This serves the interests of both countries and is what China hopes to see, he said.

The Chinese foreign ministry spokesperson also said that the country has been calling on both India and Pakistan to exercise the upmost restraint and take measures to resolve problems between the two countries.

He appreciated Pakistan’s gesture and “goodwill it sent to India” by releasing Indian Air Force (IAF) pilot Wing Commander Abhinandan Varthaman. He also said that India and Pakistan are each other’s neighbours and cannot be moves away.

“The -escalation of tensions between the two countries is in the fundamental interests of both sides. We encourage both parties to continue to move in the same direction and take substantive steps in resolving relevant disputes through consultations and dialogues to jointly safeguard regional peace and stability.” 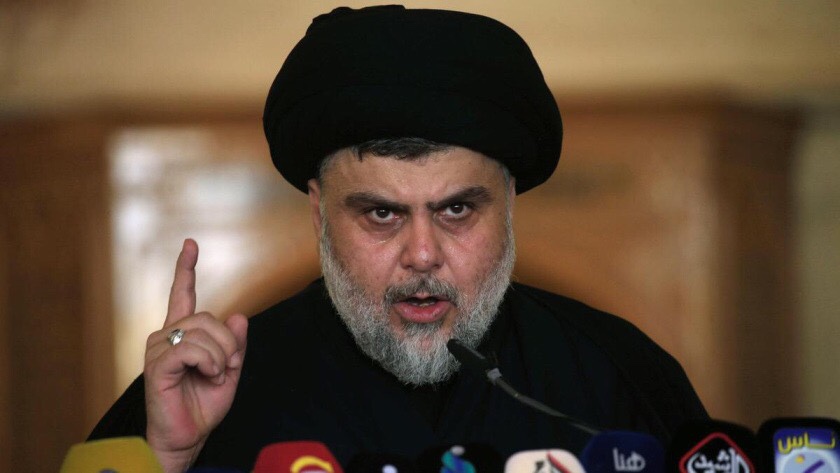 Iraq’s parliament is set to debate the continued U.S. military presence in the country — an issue that has divided Iraq’s leading political groups, both Sunni and Shia.

U.S. President Donald Trump’s surprise visit to Iraq late last year, along with his statements about the continued U.S. military presence in the country, drew a range of reactions from Iraqi political groups.

Major Shia groups, such as Muqtada al-Sadr’s Sairoon Coalition, which maintains a distance from Tehran, would like to see an end to the U.S. military presence.

The pro-Iran Fatah Alliance, of which the Hashd al-Shaabi is the main component, has described the continued U.S. military presence as a “challenge”.

The Asaeb Ahl al-Haq, a militant subcomponent of the Hashd al-Shaabi, has said it was ready to drive U.S. troops from the country by force if necessary.

Ammar al-Hakim, leader of the Shia-led Reform and Development Alliance, for his part, said: “The policy of using Iraqi territory to target our neighbors [i.e., Iran] is not in our national interest and threatens our security.”

And Ali al-Sistani, Iraq’s most authoritative Shia religious figure, stated: “We refuse to be used [by the U.S.] as a staging ground for harming other countries.”

By contrast, Nouri al-Maliki, a former prime minister (2006-2014) known for his close ties with Tehran, has said that U.S. forces are still needed to secure Iraq.

Last month, Prime Minister Adil Abdul-Mahdi asserted that there were no longer any foreign military bases in Iraq.

“The current mission of all foreign forces [operating in Iraq], including U.S. forces, is limited to anti-Daesh operations and training and advising Iraqi forces,” Abdul-Mahdi was quoted as saying.

“We plan to discuss the issue [i.e., the continued presence of foreign forces] in the assembly, but until then we have to ensure Iraq’s stability,” he said.

Since the U.S.-led invasion and occupation of Iraq in 2003, the U.S. military has maintained nine bases throughout the country.

Although Washington withdrew a significant number of troops from Iraq in 2011, it consolidated its military presence by establishing a handful of new bases.

The Victory Base, for example, located adjacent to Baghdad International Airport, continues to be used for training purposes.

In 2014, the U.S. military launched a series of anti-Daesh operations from Camp Al-Taqaddum and the Ayn al-Assad Airbase, both of which are located in Iraq’s western Anbar province.

In the almost five years since, U.S. troops have used a number of other existing bases in the war against Daesh, including the K1, Qayyarah and Harir bases.

Anadolu Agency website contains only a portion of the news stories offered to subscribers in the AA News Broadcasting System (HAS), and in summarized form. Please contact us for subscription options.