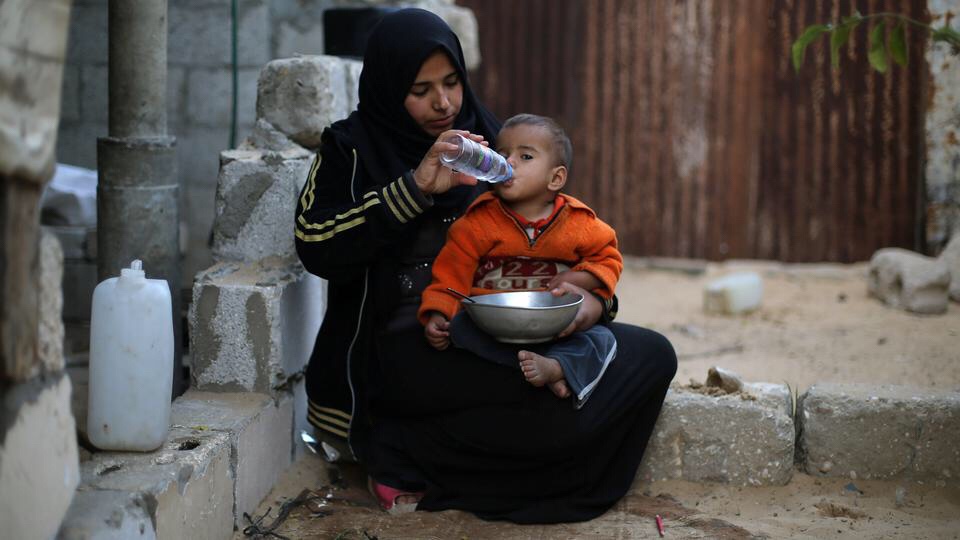 With depreciation of donors to support the UN’s response plan, essential services, including food supplies, and medical procedures like eye and heart surgeries, could be delayed.

In an interview, Jamie McGoldrick, the UN humanitarian coordinator for the Gaza Strip, West Bank and East Jerusalem, said less money from the United States and other donors would lead to cutbacks in the New Year.

“Some people will get less services than they deserve,” McGoldrick told TRT World in a telephone interview from Gaza.

“We cannot ignore the growing large size of the humanitarian catastrophe that’s here in Gaza and also in the West Bank.”

On Wednesday, the UN’s World Food Program said it would, as of January 1, suspend food to 20 percent of recipients in the Gaza Strip. According to McGoldrick, that could grow to half of all 300,000 Gazans receiving handouts in the subsequent months.

Medical procedures, including eye and heart surgeries, could be delayed, he added. Schools that currently have two teaching shifts will “operate more round-the-clock” by filling classrooms with extra batches of students each day.

The UN unveiled its 2019 Humanitarian Response Plan for Palestinians this week, lowering its funding request to $350m — down from $550m in 2018 — and cutting the number of people targeted from 1.9m to 1.4m. Three quarters of recipients are in Gaza.

Donations were down in many areas globally, said McGoldrick. But local aid work was hit particularly hard this year when Washington ended funding for the UN agency that helps 5 million Palestinian refugees, known as UNRWA.

The Trump administration announced in August that it would halt all future donations to UNRWA, leaving it with a $300m funding gap, in a move that was widely seen as a way to pressure Ramallah to enter peace talks with Israel.

“There’s also been a depreciation of other donors to the response plan,” McGoldrick told TRTWorld.

“That’s got to do with global reality and significant competing interests in the region — places like Yemen, Libya and Syria are all taking attention away from Palestine, which has been a long-standing and politically paralysed crisis.”

Funding cuts added to the coastal strip’s woes, which include joblessness, water and electricity shortages, the Israeli-led blockade, Palestinian political divisions and casualties from demonstrations and hostilities, added McGoldrick.

Peter Mulrean, the New York-based representative for UNRWA, which assists Palestinian refugees, said cuts threatened the employment schemes and school counselling services on which many Gazans depend.

“If we see humanitarian funding diminish, we can predict that 2019 will be a very bleak year,” Mulrean told TRT World.

Mulrean noted that UNRWA employees occupied the agency’s headquarters in Gaza to protest lay offs resulting from this year’s US funding cuts. McGoldrick warned of heightened “tension” in Gaza when aid cuts bite.

Some 175 Palestinians have been shot and killed by Israeli forces in Gaza this year after a series of often-violent protests erupted in March over Israel’s long-running blockade of the overcrowded coastal territory of some 1.8 million people.

Riyad Mansour, the Palestinian envoy to the UN, told TRT World that Palestinians had been “collectively able to withstand this onslaught by the current US administration” and were coping with cuts to UNRWA and to hospitals in East Jerusalem.

“Seventy-five per cent of the sewage can now be treated again, significantly reducing the contamination levels caused by discharge into the sea. Piped water supply has increased by 40 percent, almost fully meeting water demand for domestic household purposes.”

The Palestinians want to establish a state in the West Bank, Gaza and East Jerusalem — territories that Israel captured and occupied in the 1967 Middle East conflict.

Israel says that its West Bank barrier and checkpoints, and restrictions on movement of people and goods to and from Gaza, are security measures needed to protect its citizens.