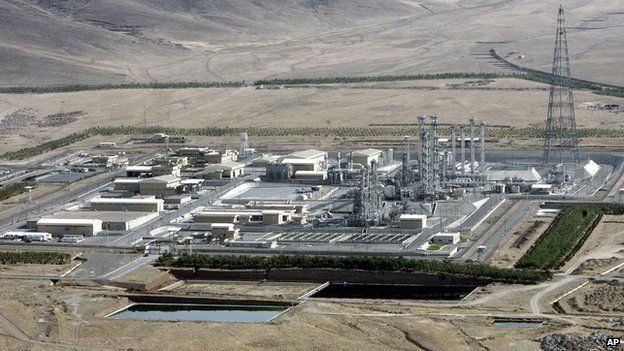 DUBAI (Reuters) – Iran has completed a facility to build advanced centrifuges, Iran’s nuclear chief was quoted on Sunday as saying, as Tehran prepares to increase its uranium-enrichment capacity if the nuclear deal collapses after the United States exits.

In June, Ali Akbar Salehi, the head of the Atomic Energy Organization of Iran, said the facility at the Natanz nuclear plant would be completed within a month.Salehi’s statement in June came days after Supreme Leader Ayatollah Ali Khamenei said he had ordered preparations to increase the country’s uranium enrichment capacity if the nuclear agreement with world powers collapsed.

On Sunday, the official news agency IRNA quoted Salehi as saying: “(Ayatollah Khamenei) had ordered us to set up and complete a very advanced hall for the construction of modern centrifuges, and this hall has now been fully equipped and set up.”

Salehi said Iran’s announced plans to build nuclear reactors for ships, while staying within the limits set by its atomic deal with major powers, was “advancing well but would take 10 to 15 years to complete”, IRNA said.

“A third step (in reaction to the U.S. withdrawal) might be to suspend some of the limitations within the nuclear agreement, for example on the volume and level of enrichment,” Salehi said, according to IRNA.

“And the final scenario can be a complete exit from the nuclear accord, which I hope will never happen, with the help of (remaining signatories), because everyone would suffer,” Salehi added.

Iranian officials have said they would decide whether to quit the 2015 nuclear deal after studying a planned European package of economic measures that could help offset U.S. sanctions.