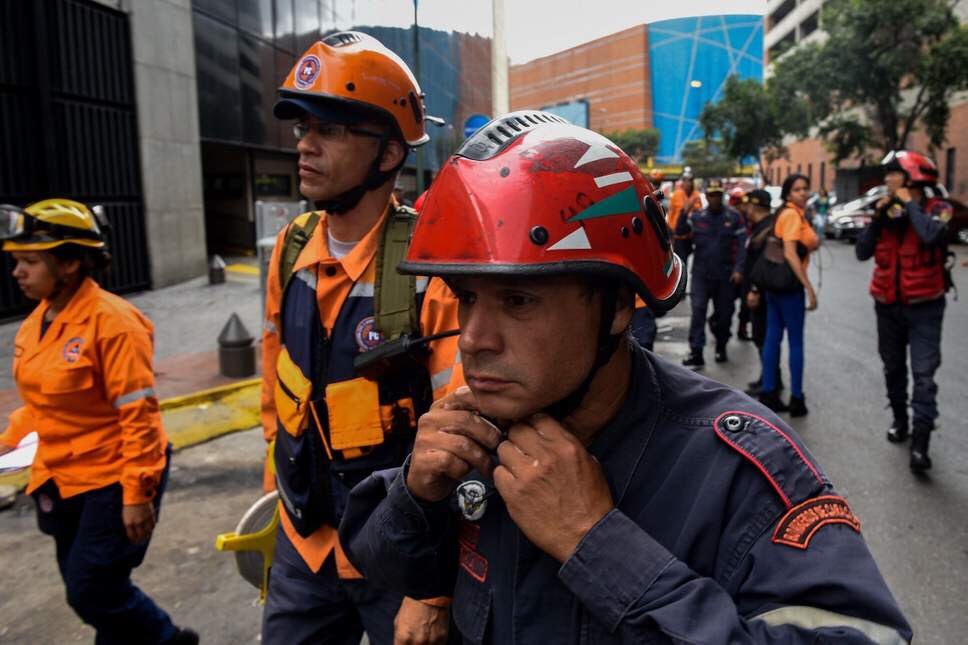 Members of Civil Protection arrive to inspect a skyscraper after a 7.3-magnitude earthquake struck Venezuela on Wednesday ( AFP/Getty Images )

Sixty-nine earthquakes hit the Pacific’s so-called “Ring of Fire” in the space of 48 hours this week, driving fears that the so-called ‘Big One’ is about to hit California.

But leading experts today played down concerns that a “domino effect” sparked by the recent quakes – including ones which hit the coast near Oregon and Venezuela – could lead to a major tremor in the US state.

Colin Taylor, professor of earthquake engineering at the University of Bristol, told the Standard it’s “too difficult” to make direct connections between quakes along the Ring of Fire in the Pacific Ocean, where many earthquakes occur.

Professor Taylor said: “The majority of earthquakes around the world are driven by plate tectonics over the earth’s crust. They occur when quakes move past, or under, each other. Every now and again, they reach the limit of their strength and break, emitting energy.

A tower block in Caracas, Venezuela, after the earthquake on Wednesday (EPA)

“So technically, that means all earthquakes are connected. But it’s too difficult to say whether they are connected directly.

“In some circumstances, you can definitely make that connection. The Japan 2011 earthquake, which caused a tsunami, happened in three stages.

“But on a global list of earthquakes, they are unlikely to be connected. There are dozens of earthquakes every week, which puts these clusters into context.”

People observe the David’s Tower, affected by the earthquake in Caracas, Venezuela (EPA)

Tiziana Rossetto, professor of earthquake engineering at University College London (UCL), added: “If another part of the tectonic system is in a state where a small increase in stress can rupture the fault, then another earthquake can be triggered.

“However, this domino effect is usually seen in faults that are relatively close to each other, and the Ring of Fire has significant distance between one side and the other: the entire length of the Pacific Ocean.

“So it is unclear whether a domino effect over such distances is possible.”

But Professor Taylor did warn California is at risk of suffering a potentially massive earthquake.

He said: “California is a very active plate boundary, so in a geological timescale, one can expect big earthquakes will occur. When and where, though, is difficult to forecast.” 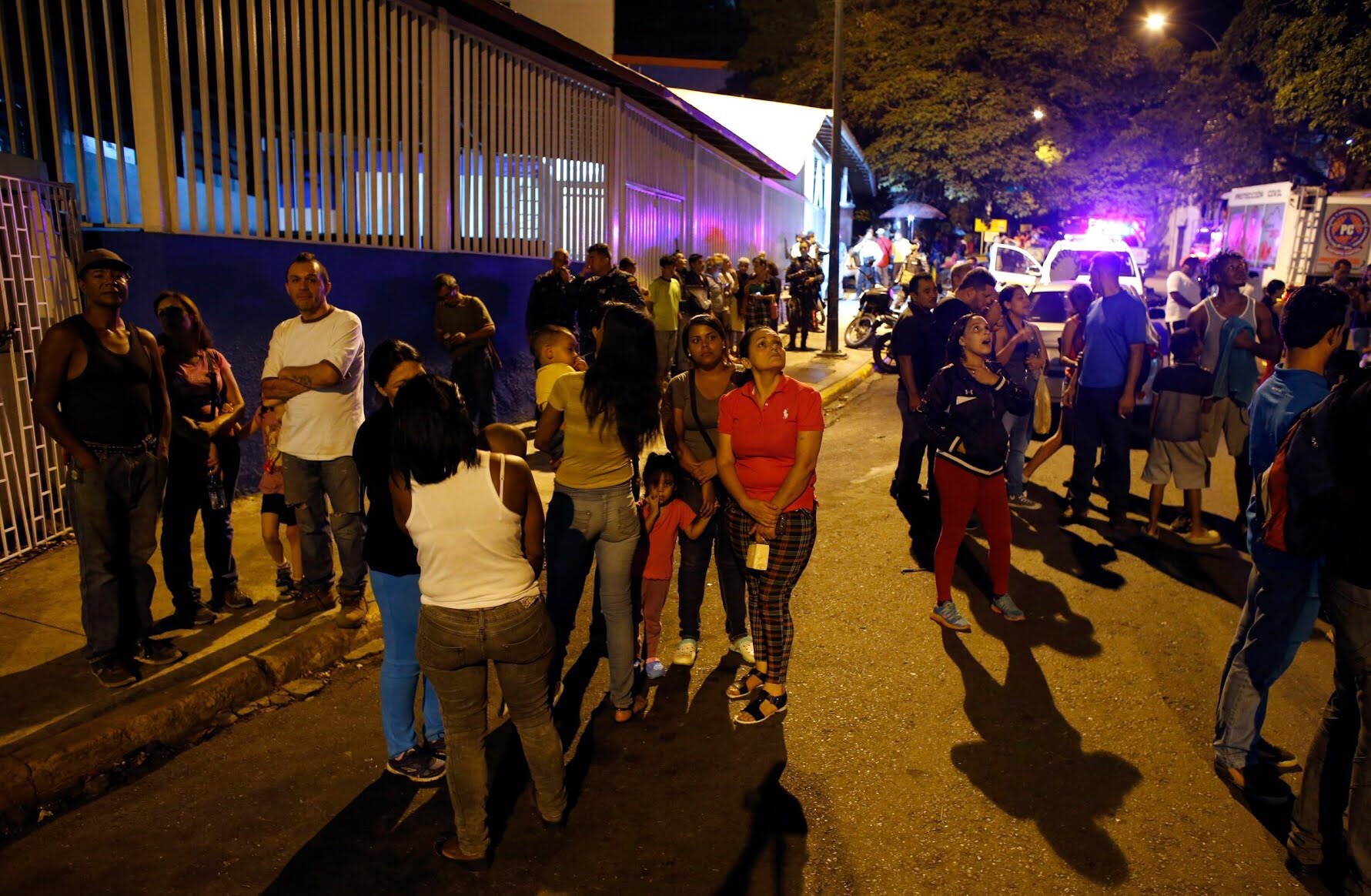 On Wednesday afternoon, an offshore earthquake with a magnitude of 6.2 hit 165 miles from Oregon in the US.

And a powerful quake of 7.3 shook Venezuela’s north-eastern coast. It cut out power and broke windows, but no deaths were reported. 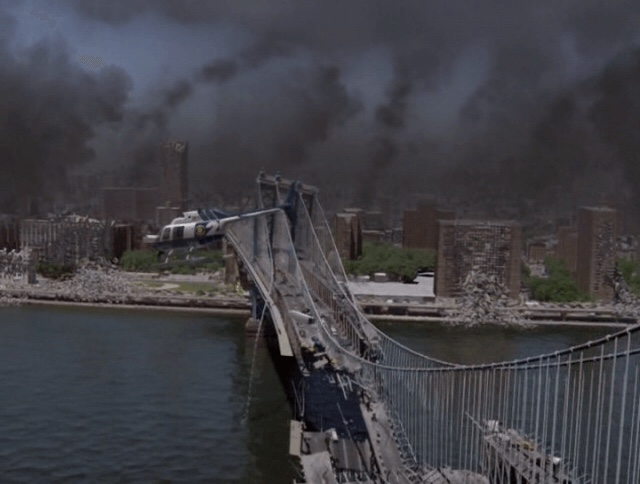 There are several fault lines in New York’s metro area, including one along 125th Street, which may have caused two small tremors in 1981 and a 5.2 magnitude quake in 1737. There is also a fault line on Dyckman Street in Inwood, and another in Dobbs Ferry in Westchester County. The New York City Area Consortium for Earthquake Loss Mitigation rates the chance of an earthquake hitting the city as moderate. 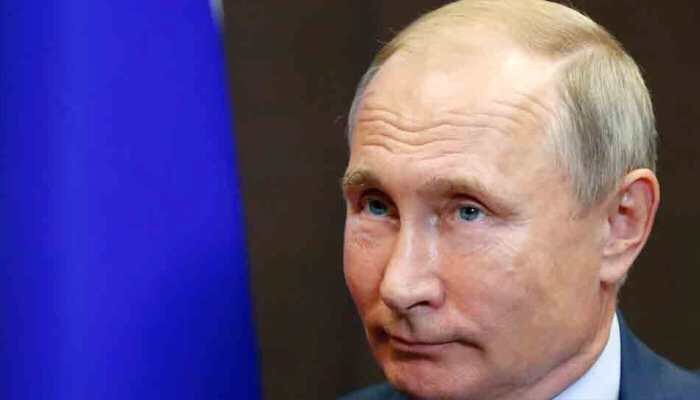 New Delhi: Russia is preparing to recover a nuclear missile which crashed into the sea after a failed test last year. Crews will attempt to recover a missile that was test launched in November and landed in the Barents Sea, which is located north of Norway and Russia.

The recovery operation will include three ships, one of which is equipped to deal with the radioactive material. Scientists are worried that nuclear material from the missile could damage the ocean.

Russian President Vladimir Putin in March this year unveiled the new nuclear-powered missile boasting that it had unlimited range and could strike anywhere in the world.

But US intelligence sources said his boasts were false as Russia four of the missiles between last November and this February, each resulting in a crash.

Now, Russian experts are gearing up to recover one of the crashed missiles amid fears it is leaking nuclear material into the Barents Sea, US intelligence sources told CNBC.

Hans Kristensen, director of the Nuclear Information Project at the Federation of American Scientists, told CNBC, “It goes without saying that if you fire a missile with a nuclear engine or energy source, that nuclear material will end up wherever that missile ends up.”

“If this missile was lost at sea and recovered in full, then you might hypothetically be able to do it without pollution, I would have my doubts about that because it’s a very forceful impact when the missile crashes. I would suspect you would have leaked from it,” he added.

The longest test flight lasted just over two minutes, flying 22 miles, while the shortest was just four seconds, taking the rocket five miles before it crashed. Russia, however, denied the missile test failures. It is also unclear if the other missiles are missing at sea, too.

CBNC quoted its sources as saying that the missiles had crashed because the ‘nuclear-powered heart of the cruise missile failed to initiate’.

Notably, the crashes came days after Putin announced that the Russian military will start receiving some of the other new weapons he spoke about in March, by 2019.

A Saudi-Iran Oil War Could Break Up OPEC

When OPEC and Russia shook on increasing crude oil production by a million barrels daily to stop the oil price climb that had begun getting uncomfortable for consumers from Asia to the United States, there was no sign of what was to come just two months later: slowing demand in Asia, ample supply, and a brewing price war between Saudi Arabia and Iran.

Saudi Arabia, Iran’s arch-rival in the Middle East, has been a passionate supporter of President Trump’s intention to pull out of the nuclear deal with Iran and reimpose sanctions. This support is not simply on ideological or religious grounds, it also has a purely economic motive: the less Iran crude there is for sale, the more consumers will buy from Saudi Arabia.

Iran, however, is not giving up so easily. It has more to lose, after all, with the harshest sanctions yet coming into effect in the coming months. The first shots in this war were already fired: Saudi Arabia cut its selling price for oil shipped to all its clients except the United States, S&P Global Platts reports in a recent analysis of OPEC. Iran did the same and has indicated that it is prepared to do a lot more if any other producer threatens its market share. In fact, statements from senior government and military officials suggest that Iran is ready to go all the way to closing off the Strait of Hormuz.

While analysts argue whether Iran’s threats have any teeth, oil demand news from Asia is giving OPEC another cause for worry. Slowing economic growth is dampening oil demand growth and both the Chinese yuan and the Indian rupee are falling against the dollar as a result of the economic developments in both Asia and the United States, whose economy is growing so fast that some are beginning to worry that it will soon run out of steam.

So, OPEC’s internal fractures are deepening and likely to deepen further because Saudi Arabia and Iran are highly unlikely to put down their arms, even if it means cutting prices to uncomfortably low levels. Saudi Arabia could boost its production. According to Platts, it has the biggest portion of OPEC’s combined spare capacity. Iran is not really in a position to do so, what with exports already falling and expected to fall further as the November 4 start of the sanctions approaches. Yet Iran has made clear that it will not stop exporting oil and China, for one, has made clear it will not stop buying it.

China and India, unsurprisingly, are shaping up as the battleground for Saudi and Iranian crude as two of the world’s top oil consumers. While India has suggested that it will try to comply with U.S. sanctions, China has stated the opposite. So, India could up its Saudi oil intake, but whether China will do so will depend on prices. Again, Iran has more to lose, so it might be willing to go further than Saudi Arabia. And the Saudis cannot go too far: they have huge financial commitments under the Vision 2030 reform strategy and they are already extending themselves with major investment projects at home and abroad.

A price war between Saudi Arabia and Iran could effectively put an end to OPEC. Iran has already voiced its strong opposition to the reallocation of individual member quotas suggested by Saudi Oil Minister Khalid al-Falih. According to his Iranian counterpart Bijan Zanganeh, this threatens its market share. Both are expected to attend a meeting of the Joint Ministerial Monitoring Committee that was set up to monitor the production cut deal struck with Russia in 2016. It’s hard to imagine Saudi Arabia assuring Iran that its market share won’t suffer any consequences from its stated pledge to fill any supply gap left by a cut in Iranian exports resulting from the U.S. sanctions. It’s also hard to imagine Iran shrugging and letting this go. Could OPEC be on the way out? Maybe.

By Irina Slav for Oilprice.com

Khamenei accused the US of fomenting war between Muslims

Iran’s Supreme leader Ayatollah Ali Khamenei said that US policy is to foment a war among Muslims, reports on Monday, August 20, PressTV.

Speaking, devoted to the beginning of the Hajj, Ayatollah urged Muslims to unity.

“Look at the actions of the criminal American regime. He wants to cause a war among Muslims, to make us kill each other. Muslims must be alert to disrupt these satanic plans. The Hajj recalls the need to fight the pagans” – said Khamenei.

He said that “Hajj is the most important meeting place of different peoples and different generations.”

“Hajj makes all of us think – because it is the embodiment of the unity of the Islamic nation, under the protection of Allah,” added the Ayatollah.