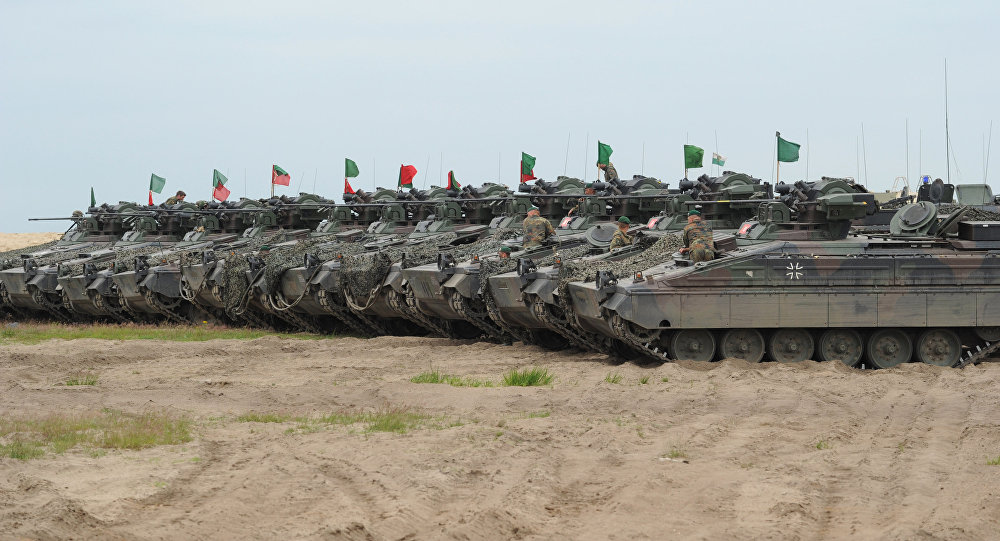 Provoked NATO-Russia Conflicts’ Possible but ‘No One Needs Nuclear Apocalypse

Sputnik
13:24 22.08.2017(updated 15:18 22.08.2017) Get short URL
Occasional incidents between Russian and NATO military forces are fairly possible, and some of them may be intentionally provoked, Russian International Affairs Council expert Prokhor Tebin told Sputnik.
“Our relations with the US and NATO will certainly remain tense  and I do not expect any reset like the one we had after the 2008 conflict in Georgia happening any time soon. Limited local-scale military incidents between Russia, the US and NATO, or its individual members, with real fighting and losses,” Tebin said while presenting a report in Euro-Atlantic stability at the recent meeting of the Valdai Discussions Club.

“Moreover, some of these incidents could be intentional,” he added.
Prokhor Tebin highlights the November 2016 incident when Turkey shot down a Russian warplane in Syria as an example of such a conflict.

Tebin added that “both sides have a chance to pragmatically resolve such conflicts before they spill over to full-blown war confrontation or a Cold War.”

He proposed closer dialogue between politicians, diplomats, experts and military men on both sides and the need “to outline their priorities and national interests they will not budge on and the “red lines” they’re not willing to let each other cross.
Tebin continuedsaid that “a major war between Russia and the West is “extremely unlikely because no one needs a nuclear apocalypse.”
US and Canada Institute’s deputy director Pavel Zolotarev likewise ruled out the possibility of Russia and the West actually coming to blows.

“Even if we imagine that [the US] goes to war with Russia, it would have to enlist the help of its NATO allies in Europe, which is unrealistic,” Zolotarev said.

He mentioned how reluctantly America’s fellow NATO members in Europe supported Washington’s military operations in Iraq and Afghanistan.
“Where was NATO when the US was preparing to invade [Iraq]? The Americans were forced to cobble together the so-called ‘Coalition of the Unwilling’. In Afghanistan Russia acted as a partner, but NATO didn’t,” he added.

Zolotarev believes that aside from the post-Soviet territory, there is really nothing Russia and NATO can’t agree on.

NATO-Russia relations have been complicated over the past few years, as NATO has set a sustainable course for the alliance’s expansion by engaging Eastern European states since 2014.
NATO justified its eastward expansion as a response to Russia’s alleged meddling in the Ukrainian conflict.
Moscow has repeatedly and vehemently refuted these allegations.