If today a magnitude 6 earthquake were to occur centered on New York City, what would its effects be? Will the loss be 10 or 100 billion dollars? Will there be 10 or 10,000 fatalities? Will there be 1,000 or 100,000 homeless needing shelter? Can government function, provide assistance, and maintain order?
At this time, no satisfactory answers to these questions are available. A few years ago, rudimentary scenario studies were made for Boston and New York with limited scope and uncertain results. For most eastern cities, including Washington D.C., we know even less about the economic, societal and political impacts from significant earthquakes, whatever their rate of occurrence.
Why do we know so little about such vital public issues? Because the public has been lulled into believing that seriously damaging quakes are so unlikely in the east that in essence we do not need to consider them. We shall examine the validity of this widely held opinion.
Is the public’s earthquake awareness (or lack thereof) controlled by perceived low Seismicity, Seismic Hazard, or Seismic Risk? How do these three seismic features differ from, and relate to each other? In many portions of California, earthquake awareness is refreshed in a major way about once every decade (and in some places even more often) by virtually every person experiencing a damaging event. The occurrence of earthquakes of given magnitudes in time and space, not withstanding their effects, are the manifestations of seismicity. Ground shaking, faulting, landslides or soil liquefaction are the manifestations of seismic hazard. Damage to structures, and loss of life, limb, material assets, business and services are the manifestations of seismic risk. By sheer experience, California’s public understands fairly well these three interconnected manifestations of the earthquake phenomenon. This awareness is reflected in public policy, enforcement of seismic regulations, and preparedness in both the public and private sector. In the eastern U.S., the public and its decision makers generally do not understand them because of inexperience. Judging seismic risk by rates of seismicity alone (which are low in the east but high in the west) has undoubtedly contributed to the public’s tendency to belittle the seismic loss potential for eastern urban regions.
Let us compare two hypothetical locations, one in California and one in New York City. Assume the location in California does experience, on average, one M = 6 every 10 years, compared to New York once every 1,000 years. This implies a ratio of rates of seismicity of 100:1. Does that mean the ratio of expected losses (when annualized per year) is also 100:1? Most likely not. That ratio may be closer to 10:1, which seems to imply that taking our clues from seismicity alone may lead to an underestimation of the potential seismic risks in the east. Why should this be so?
To check the assertion, let us make a back-of-the-envelope estimate. The expected seismic risk for a given area is defined as the area-integrated product of: seismic hazard (expected shaking level), assets ($ and people), and the assets’ vulnerabilities (that is, their expected fractional loss given a certain hazard – say, shaking level). Thus, if we have a 100 times lower seismicity rate in New York compared to California, which at any given point from a given quake may yield a 2 times higher shaking level in New York compared to California because ground motions in the east are known to differ from those in the west; and if we have a 2 times higher asset density (a modest assumption for Manhattan!), and a 2 times higher vulnerability (again a modest assumption when considering the large stock of unreinforced masonry buildings and aged infrastructure in New York), then our California/New York ratio for annualized loss potential may be on the order of (100/(2x2x2)):1. That implies about a 12:1 risk ratio between the California and New York location, compared to a 100:1 ratio in seismicity rates.
From this example it appears that seismic awareness in the east may be more controlled by the rate of seismicity than by the less well understood risk potential. This misunderstanding is one of the reasons why earthquake awareness and preparedness in the densely populated east is so disproportionally low relative to its seismic loss potential. Rare but potentially catastrophic losses in the east compete in attention with more frequent moderate losses in the west. New York City is the paramount example of a low-probability, high-impact seismic risk, the sort of risk that is hard to insure against, or mobilize public action to reduce the risks.
There are basically two ways to respond. One is to do little and wait until one or more disastrous events occur. Then react to these – albeit disastrous – “windows of opportunity.” That is, pay after the unmitigated facts, rather than attempt to control their outcome. This is a high-stakes approach, considering the evolved state of the economy. The other approach is to invest in mitigation ahead of time, and use scientific knowledge and inference, education, technology transfer, and combine it with a mixture of regulatory and/or economic incentives to implement earthquake preparedness. The National Earthquake Hazard Reduction Program (NEHRP) has attempted the latter while much of the public tends to cling to the former of the two options. Realistic and reliable quantitative loss estimation techniques are essential to evaluate the relative merits of the two approaches.
This paper tries to bring into focus some of the seismological factors which are but one set of variables one needs for quantifying the earthquake loss potential in eastern U.S. urban regions. We use local and global analogs for illustrating possible scenario events in terms of risk. We also highlight some of the few local steps that have been undertaken towards mitigating against the eastern earthquake threat; and discuss priorities for future actions.
Next article September 29, 2014 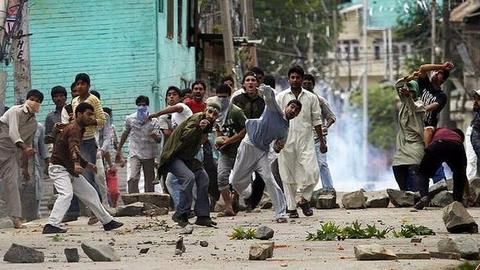