user trial by the Army.

India TV News Desk, Balasore [Published on:02 Jun 2017, 12:27 PM IST]
India on Friday test-fired indigenously developed short range surface–to–surface nuclear-capable ballistic missile Prithvi-II from a test range in Odisha as part of a user trial by the Army.  The trial of the surface-to-surface missile with a strike range of 350 km, was carried out from a Mobile Tatra transporter-erector Launcher (MTL) from launching complex-3 of the Integrated Test Range (ITR) at Chandipur in Odisha at around 9.50 am, official sources said.

The trial of the sophisticated missile was successful and the mission objectives were met, they said.
The Prithvi-II missile is capable of carrying 500 kg to 1,000 kg of warheads and is thrusted by liquid propulsion twin engines. It uses advanced inertial guidance system with manoeuvring trajectory to hit its target with precision and accuracy.
The state-of-the-art missile was randomly chosen from the production stock and the entire launch activities were carried out by the Strategic Forces Command (SFC) of the Indian Army and monitored by the scientists of the Defence Research and Development Organisation (DRDO) as part of training exercise, a DRDO scientist said.
“Carrying a dummy payload, it covered the desired striking range and met all mission objectives successfully,” an official was quoted as saying by the New Indian Express.
The missile was 9 metres high and one metre thick, with a launch weight of 4.6

“The missile trajectory was tracked by the DRDO radars, electro-optical tracking systems and telemetry stations located along the coast of Odisha,” the sources said.
Teams on board the ship deployed near the designated impact point in the Bay of Bengal monitored the terminal events and splashdown.
In salvo mode, two Prithvi-II missiles were successfully test fired in quick succession from the same base, on November 21, 2016. 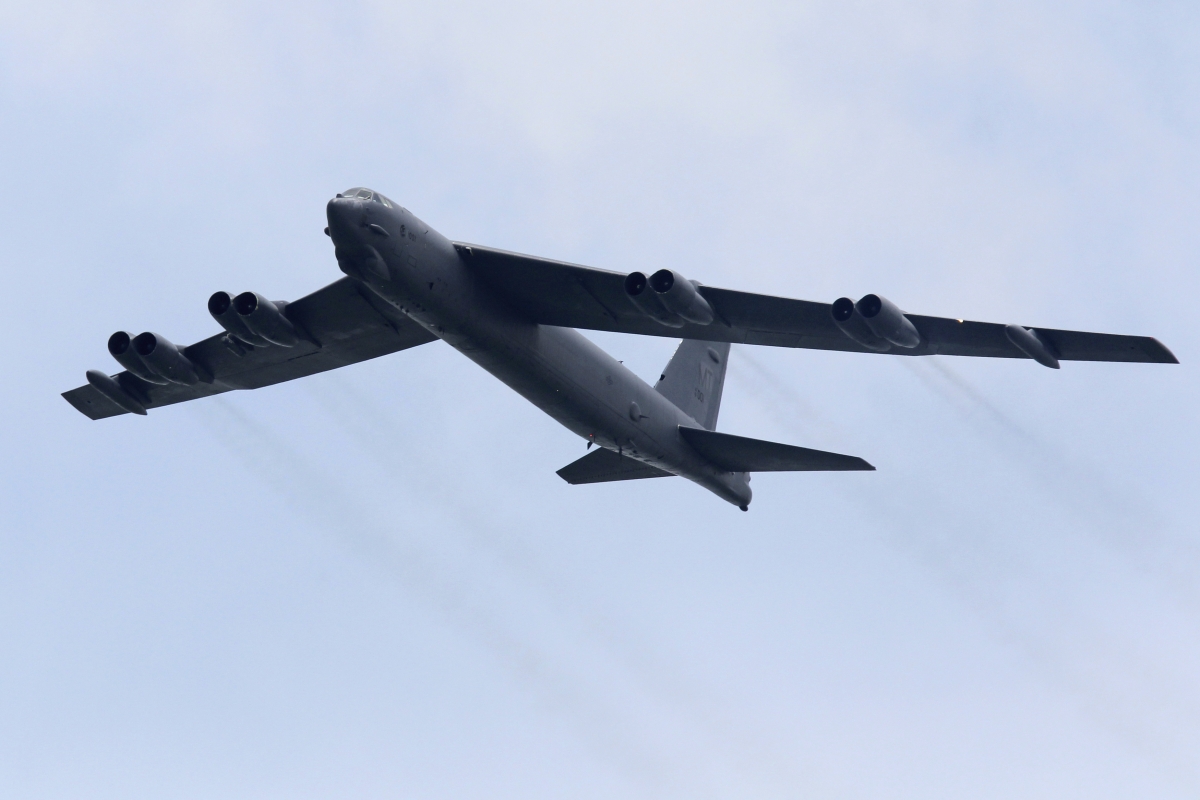 Vasudevan Sridharan
The US Air Force has dispatched B-52 nuclear-capable bombers along with 800 airmen to Europe to take part in the Nato exercises as a show of strength against Russia. The US European Command said the units were deployed to the UK Royal Air Force base Fairford in England ahead of the training exercises with the Nato allies.
News about the latest mobilisation comes just hours after Moscow warned against Nato’s military build-up in Russia’s doorstep. Military exercises are set to take place in the Baltic Sea, the Arctic and in several Nato member states which share a border with Russia.
The US B-52H Stratofortresses bombers, capable of carrying nearly 31,000kg payload for more than 8,000 miles, are being sent as part of Washington’s bid the prepare the forces for “global challenges,” said the US European Command.
“Training with allied nations and joint partners improves coordination between nations and enables the US Air Force to build enduring relationships necessary to confront a broad range of global challenges. The strategic bomber deployment will support exercises Arctic Challenge, Saber Strike and Baltic Operations in the US European Command area of responsibility throughout the month of June 2017,” read a statement from the US European Command.
While the Arctic Challenge drills, which are taking place in Norway, Sweden, and Finland, will get over on 2 June, the Sabre Strike – war games hosted by Poland, Estonia, Lithuania, and Latvia – will go on until 24 June.
In what is called as a deterrent move to counter Russia’s aggressive military posture in the region, Nato said as many as 4,600 of its troops will participate in the exercises.

Speaking about the latest wargames, Russian envoy to Nato Alexander Grushko warned: “Nato countries should understand that all these efforts will not become unnoticed for us and will not stay without response in terms of military planning. With these military steps, military activities and military reinforcements, Nato is building a new military, security situation that we cannot ignore, that we should address using our own military instruments.”
Nato’s eastern states have been asked for bolster its defences ever since the Ukrainian region of Crimean peninsula became a part of Russia in 2014. Though the western world accuses Russia of annexing Crimea by force, Moscow denies the charges.