VLADIMIR Putin has his eyes set on starting a new Cold War – by opening a top-secret military base in the Arctic.

The giant complex on the northern ice cap is believed to be fully-armed with missile systems and nuclear-ready fighter jets.

Russia sends world’s largest submarine – Typhoon-class Dmitry Donskoy – to the BalticAnd Russian economists reckon it could hold the key to the Kremlin unearthing almost £24 TRILLION of oil and gas buried deep beneath the snow, The Times reports.
Moscow yesterday released the first pictures of the giant Arctic Trefoil complex on the Arctic island of Alexandra Land – where temperature can drop to -50°C.
More than 150 troops will be based at the clover-shaped compound – which is decked out in the red, white and blue of the Russian flag. 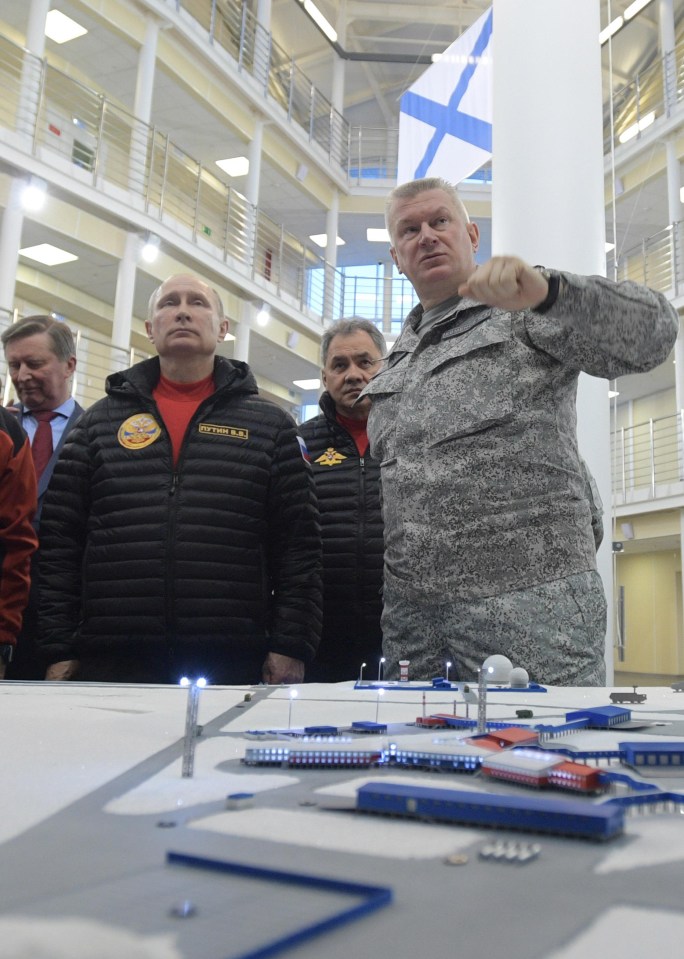