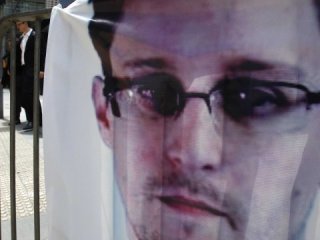 Former NSA contractor and whistleblower Edward Snowden possesses dangerous information which could potentially lead to America’s “worst nightmare” if it is revealed, according to the journalist who first published Snowden’s leaked documents.
“Snowden has enough information to cause more damage to the US government in a minute alone than anyone else has ever had in the history of the United States,” Glenn Greenwald, the Guardian journalist responsible for publishing some of Snowden’s first leaks, told Argentina-based newspaper La Nación.

“But that’s not his goal. His objective is to expose software that people around the world use without knowing what they are exposing themselves to, without consciously agreeing to surrender their rights to privacy. He has a huge number of documents that would be very harmful to the US government if they were made public,” Greenwald said.

He added that Washington should be exercising care in dealing with the Snowden because he has the potential to do further damage to the US.

“The US government should be on its knees every day begging that nothing happen to Snowden, because if something does happen to him, all the information will be revealed and it could be its worst nightmare,” he said.

Greenwald said that “the most important thing [for Snowden] is not to end up in US custody,” describing  the government’s approach to people who reveal uncomfortable truths as “vindictive.”

When asked whether he believed that someone would attempt to harm or kill the whistleblower, he said that Snowden has “already distributed thousands of documents and made sure that several people around the world have their entire file,” stating that it would not be beneficial for anyone to attempt assassination.

He added that the US should be praying that no one would attempt to take Snowden’s life. “If something happens, all the information will be revealed, and that would be [America’s] worst nightmare,” he said.

Greenwald later responded to initial reports on the interview, rebutting allegations that he was “blackmailing” or “threatening” the US. He stated in a Guardian column that the reported fact Snowden had created a “dead man’s switch” of sorts was not new, but he was rather reiterating that it was precaution “against all eventualities,” adding that  he himself does not have access to the “insurance” documents and played no role in arranging the dead man’s switch.

Greenwald also pointed out Snowden’s insistence that journalistic discretion was exercised. “The oft-repeated claim that Snowden’s intent is to harm the US is completely negated by the reality that he has all sorts of documents that could quickly and seriously harm the US if disclosed, yet he has published none of those,” Greenwald wrote.